When My Blue Moon
Turns to Gold Again.

The lyrics to "When My Blue Moon Turns To Gold Again" was written by Wiley Walker and Gene Sullivan in 1940. The song was the B-side on Merle's original 1977 #2 hit, Ramblin' Fever.

I first heard this song by Elvis in the fifties. It was released on a 45rpm EP (extended play 45) with two songs on each side. I have four copies of that 45rpm record. The King of Rock and Roll made his last appearance on the Ed Sullivan Show on January 6, 1957. There, he performed “When My Blue Moon Turns to Gold Again” in front of an audience of around 50 million viewers.

Nearly fifty years later Merle Haggard sings this song live in concert in 2004, at the worlds largest honky-tonk, Billy Bob's in Fort Worth, Texas. Though Haggard was looking quite old in this performance, there’s no denying the vibrancy in his voice.

This is a mature Merle Haggard with his band performing at their best, and in an excellent environment.

A few of the songs Merle sang at the concert can be viewed on pages I have written here at Vinyl Record Memories. I've listed them at the bottom of the page for your convenience.

The songs include, "Misery & Gin," and  "Mama Tried."  Great songs with great stories and videos.

Merle also performed "Fightin' Side of Me" at Billy Bob's. I don't have that one but I do have the song, "I Take A lot of Pride In What I Am" from the "Fightin' Side" album, and it also listed below for you to view.

"Blue Moon Turns to Gold"
Who actually wrote the song?

The song was written in the early 1940s, and because Gene Sullivan and Wiley A. Walker shared their fame and fortune, both names went on the music. Research indicates Walker was inspired to write the tune while traveling in West Texas early one morning with the full moon in his face.

"As daybreak approached, the moon changed from its bluish tint to a gold one, giving him the idea for the song," he said.

It was Wiley's son, Wiley B., said, "While Wiley did some composing, Gene was the chief composer of the two by far."

Their most famous song, "When My Blue Moon Turns to Gold Again," was always introduced with Wiley saying,

"The next number we're going to sing for you is a song that we recorded back in 1941, and it sold over a million copies. Gene wrote it, and I made it pop'lar'."

When My Blue Moon Turns To Gold Lyrics.
A Duet with Janie Fricke. 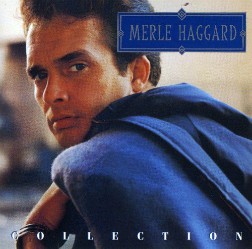 Merle performs 21 songs at Billy Bob's and the entrance of the talented Janie Fricke singing back-up on this number was a welcome bonus for me on this song.

Merle's smooth voice with Janie singing back-up produced one of the best version's I have ever heard on this tune. I enjoy duets and have a number of my favorites on this site. Most are listed under "Best Cover Songs" and are also located on the left navigation bar.

Merle and Janie did have a #1 duet back in 1984 on the first single that Haggard and Fricke worked together on titled "A Place to Fall Apart."

Watch this really nice video of the live performance.  Pay close attention to Janie as she is obviously enjoying this wonderful song with Merle. Her voice blends perfectly.

Where has all the good country music gone?

You'll be back within my arms to stay