The Conway Twitty Oldies Music Lyrics was written by Conway and Jack Nance.

"It's Only Make Believe" became a hit in 1958 and would be the only #1 song Conway would place on the Pop charts during his early Rock-n-Roll days. The song is about how a young man feels about being in love with a woman who does not seem to be in love with him. He hopes and prays that someday the woman will return his love, but for now "It's only make believe."

I do remember this song quite well when it came out back in 1958. As a teenager and huge Elvis fan, Conway Twitty's voice sounded so similar that many thought the song was actually recorded by Elvis using a different name.﻿ 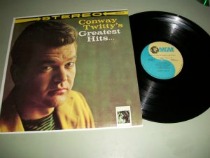 I never did believe the different name bit. I always believed it was just Elvis singing the song.

I was disappointed when I discovered it was some guy with a funny name, who would later record more #1 country hits (40) than anyone in history.  That is until George Strait came along and ended up with 61 #1 hits.

Conway Twitty was said to have obtained his name when looking at a road map. He noticed Conway, Arkansas and Twitty, Texas.

He combined the two and came up with his stage name in 1957. I've heard this same story since 1958 but I have the original Conway Twitty Greatest Hits Album MGM SE3849 (see above) that indicates otherwise.

On the back of the vinyl LP album that I have owned since 1960 it is written that Conway's first manager, Don Seat, changed his name from Harold Lloyd Jenkins to Conway Twitty, and his career was launched.  Nothing is noted on the LP as to how he obtained his stage name. 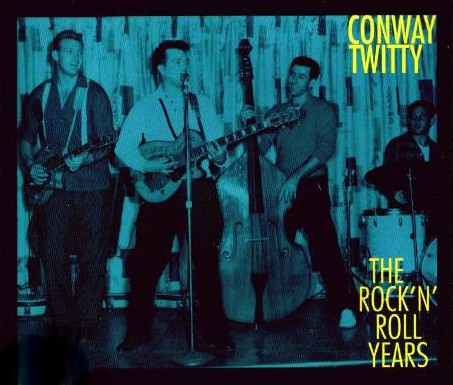 On April 2nd, 2014 I received an email from a gentleman named Beal Pickett.  He and his brother Wesley grew up with Harold Jenkins (Conway Twitty) and said he had additional information about Harold that might be of interest to my readers.

I called Beal and we had a nice conversation about him and his brother growing up with Harold.

He said that his brother Wesley and Harold sang on KFFA radio station in Helena, Arkansas when they were in their early teens.

One Sunday they were riding around in Harold's car and Beal explained it this way;

"My brother Wesley Pickett and Harold played baseball and were scheduled to leave on a Monday morning to meet with two pro teams, Wesley with the Boston Red Sox and Harold with the Philadelphia Phillies."

Beal said Harold turned to Wesley and said "Wesley, why don't you be my manager and we'll go singing."?

And that's what they did. Wesley Pickett became Harold's Road Manager and both served in the Army in Korea where they continued to sing and entertain. 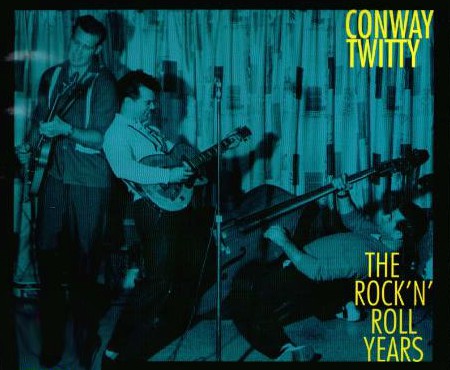 The song "It's only make believe" was actually made popular by an Ohio radio station.

The main side of the record was a song called "I'll try" but went nowhere on radio and jukebox play, until Columbus, Ohio DJ Doctor Bopp, started playing the b-side. Conway Twitty made the big time in Country music but his recording of "It's only make believe" has always been my favorite song.

Another song Conway sang that I favored was "Lonely Blue Boy" his second highest rated pop song at #6 in 1959.

Special mention: My thanks to Beal Pickett for sharing his information about growing up with Harold Jenkins, a man who would become one of the greatest talents in country music history and know to millions as Conway Twitty.

People see us everywhere ...they think you really care
But myself I can't decieve ...I know its only make believe

My hopes my dreams come true ...my life I'd give for you
My heart, the wedding ring ...my all, my everything
My heart I can't control ...you rule my very soul
My only prayer will be ...someday you'll care for me
But it's only make believe

My one and only prayer ...is that some day you'll care
My hopes my dream's come true ...my one and only you
No one will ever know ...how much I love you so
My prayers, my hopes, my dreams...you are my heavenly dream
But its only make believe 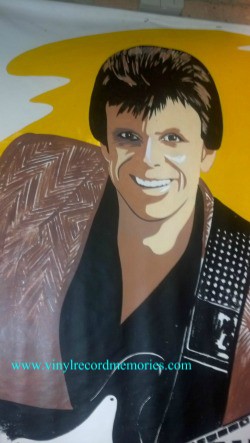 A Special Place To Visit.