You Were Mine
Oldies Music Lyrics

You Were Mine oldies music lyrics was written by Paul Giacalone and peaked at #21 on the Billboard Hot 100 in 1959.

Lead singer on the original song was Ritchie Adams. He became a solo act by 1961 and wrote more than 300 songs.

The group formed in Brooklyn in 1957 and underwent several lineup changes over the course of their existence.  The group lasted as long as 1967 before disbanding for good.

"You Were Mine" was The Fireflies biggest success and although it was a Top 40 hit I thought the song was much better than where it finished on the Billboard Hot 100.

You Were Mine Oldies Music Lyrics - The man behind the song.

The song "You Were Mine" by the Fireflies remains one of my most memorable and loved songs from 1959.

I understand that it did take all the members to make the song possible. I just do not have enough detailed information on other original members of the group.

It should also be noted that in an interview in 2013, I listened and watched Paul Giacalone give due credit on how talented the Fireflies are as individuals.

He said the group sang and played their own instruments on the song. He respected each individual's talent and believed lead singer Richie Adams to be the most talented.

Family corrects the record for their dad. 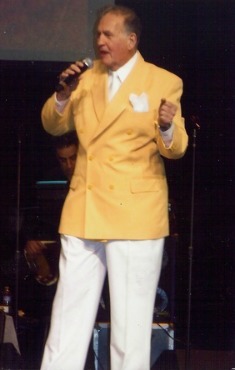 In October, 2015  I received an email from Paul Giacalone's son (also named Paul) informing me of some incorrect information on my site about the group.

He said I could phone him and gave me his number. I was anxious to correct the record and connected with Paul. I was very happy to talk with him and update the information.

He sent me documented information about the group that I believe few, if any, would know about the Fireflies, including where the original members were from. Read on...

As I was watching the video clip from a 2013 interview with Paul Giacalone, he was asked how he came to write the song.

Mr. Giacalone said that Dick Clark had asked him the same question and as he smiled he said, "I hope my wife's not watching this show."

He said he was 19 years old when he met a girl in Canada. He fell head over heals for the girl and that gave him the inspiration to write the song.

"Now I'll go on my way, thinking of that lovely day you were mine...."

I also smiled when Paul, sitting on the couch with other members of Fireflies, looked up and clasped his hands in prayer and said, "Please God, don't let her listen to this."

He was laughing at the same time and enjoying the moment with his old friends, The Fireflies. You could sense he was a compasionate and sincere man.

Why No Top 10 Hit For This Wonderful Old Song?

Might have been because the song was less than two minutes long, but it did stay on the charts for sixteen weeks. Extra verses were added for this show so the song would be over three minutes in length.

You were Mine was performed on this PBS special "More Red, White & Rock"  from 2002 and was at the Benedum Center in Pittsburgh.

This is another excellent "Feel good, Sing-a-long" song and a performance by a different lead singer, Marco Gueli Jr. that is every bit as good as the original recording.  Just my opinion.

Mr. Giacalone asked Marco to join The Fireflies as lead singer in 1999 after hearing him sing "You Were Mine" and "I Can't Say Goodbye."

I grew up with drive-in movies, sock hops and Friday night cruisin when gas was 29 cents a gallon. Yes, it really was simple back then, and songs like "You Were Mine" made the times even more special dancing with my first girlfriend.

I've always enjoyed this mellow sound. The song just hangs with me. It has simple lyrics with a great melody. Makes you smile and brings back the great memories.

You will smile too when you watch this video.

And Yes that is Frankie Valli. He was one of hosts of that show.

Please continue reading below the video. Learn how the original song was first discovered and recorded, how Paul's mother got involved with a song and a few tid-bits you may not know about the Fireflies.

But now, since you're gone, I'm so sad and alone
Rememb'ing the love that we had for our own

But now, since you're gone, I'm so sad and alone
Rememb'ing the love that we had for our own

The original recording on Ribbon records.

Excerpts from Hit Parade article dated February, 1960 sent to me by Paul Giacalone.

When The Fireflies first auditioned for "Ribbon records" the execs were so excited by this new talent they whipped up a contract and set a recording date.

They searched for material for several days without too much success. Paul Giacalone said he had written a tune called "You Were Mine" in memory of a youthful crush. The rest is history.

All these years many sites have written that The Fireflies were from Philadelphia, myself included. Thanks to Paul Giacalone's son, Paul, I was able to obtain the correct information along with some family photos.

Paul sent me a copy of the Fireflies signed contract dated December 1, 1959 and the copy verified all original members and their addresses to be located in Brooklyn, New York,  and not Philadelphia as reported by many sites.

These four are responsible for The Fireflies two biggest hits, "You Were Mine" and "I Can't Say Goodbye."

Some interesting Tid-bits you may not know about The Fireflies.

The Fireflies were one of the first groups in which all band members both sang and played instruments.

They were the first all white vocal harmonizing group to appear at The Apollo Theater.

They also appeared on Dick Clark's American Bandstand and The Allen Freed Show.

Paul was a devoted family man. During the June 4, 2013 interview, I listened as Paul explained how the song "I Can't Say Goodbye" came about.

Sadly, less than a month after that interview Paul would be taken by cancer. Paul Giacalone died in Long Island, New York on June 27, 2013. He was 73.

The Fireflies continue to tour with lead singer Marco Gueli Jr. in memory of Paul Giacalone. You can view their website below where they have a special (In Loving Memory) page dedicated to Paul Giacalone.

www.paulandthefireflies.com  for updates and history.

A very special thanks to Paul Giacalone (Paul's son) who provided me with factual information to help keep his dad's songs and The Fireflies memories alive.

Original photo's and posters provided by the Giacalone family. 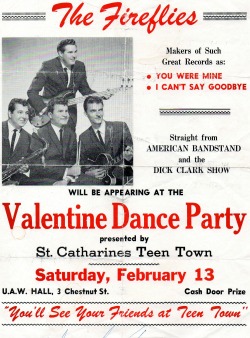 The Fireflies with Dick Clark. Photo provided by the Giacalone family. 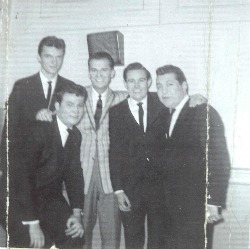 Early poster of Fireflies at the "Apollo" in New York City. Poster provided by the Giacalone family. 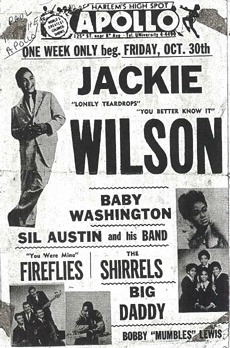 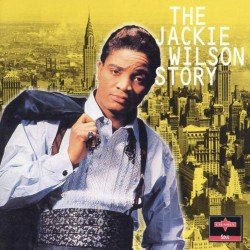 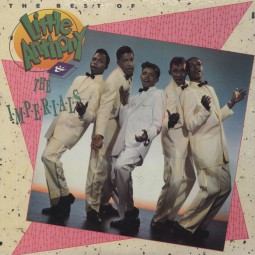 Tears on My Pillow is another great Doo-Wop classic with lyrics you can understand and appreciate. This golden oldie has beautiful words of sadness and longing for beginning again. The people remembered and what a wonderful welcome they got! Read more...

A Kind reply
From a grateful family.

The song "You Were Mine" was written by Paul Giacalone.