She Even Woke Me Up to Say Goodbye Lyrics 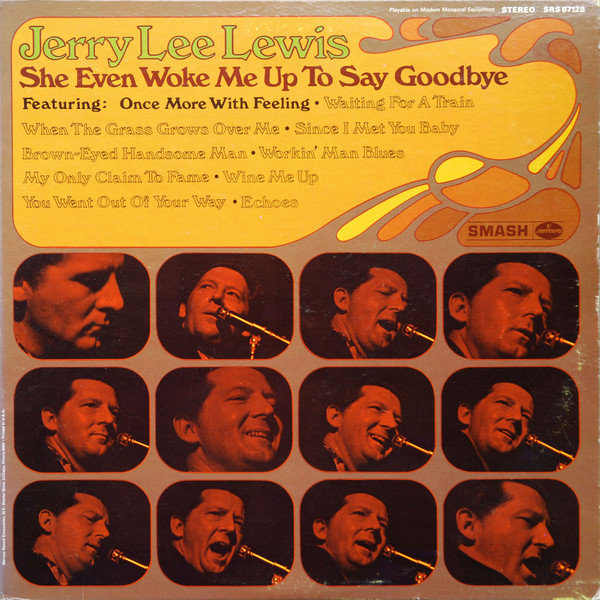 She Even Woke Me Up to Say Goodbye Lyrics was written by Doug Gilmore and Mickey Newbury and became a #2 song for Jerry Lee Lewis in 1969.

It's one of my many favorite old country music lyrics by Jerry Lee. I thought the ending was special as the writers managed to wait toward the end of the song to write in the song title. A different twist to a well written song.

1968 was a great year to start a country career for Jerry Lee Lewis. Two albums, "Another place another time" released in 1968 and "She Even Woke Me Up to Say Goodbye" released in 1970 were the ultimate in true honky tonk experience.

The album "Another Place, Another Time", ended 10 years in the wilderness for Lewis. Formerly a rock 'n' roll hitmaker, his real success was found in country music and this 1968 album was the start of 14 years of hits. Why Lewis did not concentrate on country until now remains a mystery.

She Even Woke Me Up to Say Goodbye Lyrics
Classic honky tonk Country at its best. 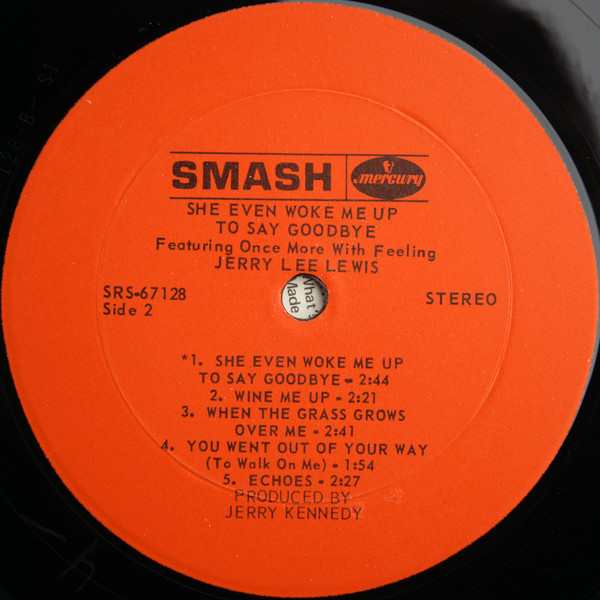 The song was originally released as a single in 1969 and climbed to #2 on the Country charts. These two albums are among the most commercially successful country vinyl LP albums ever done and Lewis makes them personal.

When you listen to these songs he really connects with the listener and makes you believe he has lived them.

Pure heartfelt emotion and it only gets better. "She Even Woke Me up to Say Goodbye" is classic country music for the true country fan.  It's sad that "The Killer" is always overlooked and my personal opinion is that no one sings classic, tear your heart out honky tonk country, better than Jerry Lee Lewis.

In the book Jerry Lee Lewis: Lost and Found, producer Jerry Kennedy told author Joe Bonomo, "He learned "She Even Woke Me Up To Say Goodbye" and did that cut of it after hearing the song one time. He really is a genius."

The album also features the top 5 hit "Once More with Feeling," which was written by Kris Kristofferson and Shel Silverstein. Bonomo quotes Kristofferson: "I consider Jerry Lee Lewis one of the great singers of all time. Put him up there with opera singers. He had a way of transforming my songs into something I couldn't believe I was hearing."

So fellows, if your lady just dumped you, and you're crying in your beer, this classic honky tonk song, "She Even Woke Me Up to Say Goodbye" just might get you through the night.

Mornin' has come, and Lord, my mind is aching, yes it is
Sunshine standing quietly at my door

Just like the dawn...my heart is silently breakin'
With my tears...it goes tumbling to the floor

Once again...the whole town will be talkin'...yes they will
Lord, I've seen ...the pity that's in their eyes

They could never understand...it's her sorrow...it's not a man
And no matter what they say...I know she tried

It's not her heart, Lord...it's her mind
She didn't mean to be unkind

Why...she even woke me up to say goodbye

It's not her heart, Lord...it's her mind
She didn't mean to be unkind

Why...she even woke me up to say goodbye