The Little Darlin Lyrics was written by Maurice Williams and became the 3rd best selling vinyl record of 1957, remaining at #2 for 8 weeks.

The Diamonds were a Canadian vocal quartet of the 1950s and early 1960s and originally performed mostly cover versions of songs by black musicians. Their 16 charted songs included "Why Do Fools Fall In Love" making it to #12 in 1956 and "Silhouettes" charting out at #10 in 1957.

Little Darlin Lyrics - Some Cool facts you may not know.

Two of The Diamonds songs, Little Darlin' and The Stroll were featured in the Box-Office hit release "American Graffiti" in 1973. I still have that original double album I purchased new.

The dance called "The Stroll" began in black communities to the song "C. C. Rider" by Chuck Willis prior to the song by the same name.

The Stroll was then written around a comment made by Dick Clark who said someone needs to write a song instructing kids just how to dance "The Stroll."

Two writers, Clyde Otis and Nancy Lee, did just that. The song became a #4 Billboard hit record in 1958.

In 2004 the original members were invited to sing in Atlantic City for "Magic Moments- the best of 50's Pop" (PBS). The video below is this magic moment.

Bill Reed made his last appearance in Atlantic City in that PBS production of "Magic Moments - The Best of 50s Pop" as the original bass for the Diamonds. Bill passed away October 22, 2004.

Founding member and Tenor Ted Kowalski died on August 8, 2010. He's the one that put the handkerchief over his head. He said Gene Kelly told him to do that.

Another true Diamond is gone.  Dave Somerville passed away July 14, 2015.  As lead singer of the Diamonds his voice defined the Diamonds' sound.

The Best Oldies producer in the world!

The creator/producer of the show was TJ Lubinsky. Lubinsky's classic Philly Soul and '60s Rock and Roll oldies are some of PBS's most successful fundraisers.

He is also the creator and executive producer of "Doo-Wop '50" and over 30 national television specials since 1998.

He is at the top of my list of people in the music world I would enjoy meeting and talking with. 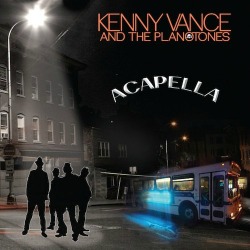