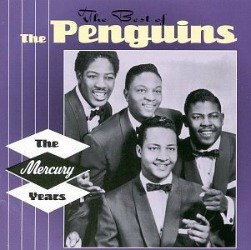 It was recorded in 1954 making it one of the very first of the true classic ultra-romantic ballads that struck the nerve of teens all across America.

Another excellent example of one of the greatest music eras of all time.

The rhythmic, wailing plea to an idealized young woman captured the heartache of teen love in this enduring 1954 doo-wop hit "Earth Angel." For many the song evokes a glittering, timeless vision of proms, sock hops and impossibly young love.

Here's the story of this wonderful 60 year old Doo-wop classic from 1954.

The Beginning - The "Kool" name - The original garage demo.

The original lead singer, Cleveland Duncan, learned to sing in church. In 1953 he was singing in a talent show attended by Curtis Williams, an aspiring songwriter and baritone singer, and one of the co-writers of "Earth Angel."

Williams thought Cleve Duncan would be the right fit for the recently penned "Earth Angel." Duncan and Curtis Williams formed the Penguins, along with Dexter Tisby and Bruce Tate, in 1953. Williams and Tate were friends from Jefferson High School. Duncan and Tisby were buddies from Fremont High.

They took their name from a pack of "Kool" cigarettes, whose advertising mascot was a penguin. Several other vocal groups were named after bird species, so why not?

"We wanted to be cool, so we took our name off Willie the Penguin, the trademark on Kool cigarette packs,"  Duncan later told a reporter.

The group was formed while Duncan was still in high school. The Penguins gathered in a garage to make their first recording, the B side of a record by the Dootsie Williams Orchestra. It went unnoticed.

In October 1954 they returned to the garage and released its first record on Dootone Records. "Earth Angel" was recorded as a literal garage demo. It was recorded in a garage at the Los Angeles home of a relative of Williams.

The home was located on West 30th Street in South Los Angeles and was used as the primary recording space of Dootsie Williams for all of his Dootone artists.

The single was “Hey Senorita” with the Duncan-sung “Earth Angel” sitting on its b-side. When a disc jockey flipped the 45 over and played “Earth Angel,” the request lines lit up and the b-side suddenly became the a-side.

Watch and enjoy this wonderful live performance by original lead singer, Cleveland Duncan, and the Penguins.  Please continue reading below the video to learn some  interesting facts about The Penguins you many not know.

Earth angel, earth angel, will you be mine
My darling dear, love you all the time
I'm just a fool, a fool in love with you

Earth angel, earth angel, the one I adore
Love you forever and ever more
I'm just a fool, a fool in love with you

Earth angel, earth angel, please be mine
My darling dear, love you all the time
I'm just a fool, a fool in love with you

Earth angel, earth angel, please be mine
My darling dear, love you all the time
I'm just a fool, a fool in love with you-ou

Why only one hit for this super talented group?

While the song's dreamy romanticism would become a staple of oldies radio, the original Penguins were cast into the sea of one-hit wonders. The Penguins never again came close to their initial success.

They partly blamed their manager they had hired after scoring their hit. He also managed the Platters, one of the 1950s’ most successful groups, and the Penguins came to believe he gave the Platters more attention and better songs.

I was not there, but it is hard to believe with the talent of the Penguins, why they never recorded any of the songs the Platters received. Sounds as though they got short-changed on the selection of songs.  Just my opinion.

The Los Angeles-based group disbanded in 1957.  Duncan bought the Penguins' name and continued to perform with a succession of new members for more than 40 years. As Duncan told a Times reporter in 1983: "The Penguins are Cleve Duncan plus whoever's singing in the background."

Earth Angel Oldies Music Lyrics - Some facts you may not know.

In 2005, it was one of 50 recordings chosen by the Library of Congress to be added to the National Recording Registry, deeming it "culturally, historically, or aesthetically important."

The Penguins' recording of "Earth Angel" has sold over ten million copies, although the exact figures are uncertain. Some have placed the figure at twice that amount, but I have no documentation to back that up.

Sadly, Cleveland Duncan, whose soaring tenor voice as lead singer for the Penguins helped propel the 1954 doo-wop ballad “Earth Angel (Will You Be Mine)” to rock-n-roll immortality, died on Nov. 7, 2012 in Los Angeles

“Earrrrth Aaaangel, Earrrrth Aaaangel, (will you be mine),” Cleve Duncan crooned as I sat in a soda shop across the street from Taylor elementary school in Hamilton, ohio in late 1954. I had just turned eleven.  A few years later I would be dancing to this very song with my first girlfriend at a junior high school dance.

Thanks for the memories, Cleve. God bless Celveland Duncan and The Penguins.

Return to the Doo-wop main page.

Visit my favorite Rockin' Remakes of the Oldies.

"I don't usually contact doo wop article authors as I rarely find much of value in the articles, but your article struck me as sincere, genuine and respectful."

Tom Sokira,
Producer, Audio Engineer
"In The Still of The Night" (1956) 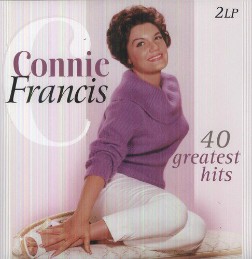