The Wah-Watusi from 1962
Vinyl Record Memories

The Orlons Oldies Music Lyrics to the song Wah-Watusi was written by Dave Appell and Kal Mann, both icons in the music industry.

The Orlons are an American R&B group from Philadelphia that formed in 1960 with three girls and a guy.  The original group consisted of five girls with a different name.

The Orlons Oldies Music Lyrics - How it all began.

Before they became the Orlons, they were an all-girl quintet called Audrey and the Teenettes.  They got together while in Junior high school in the late 1950s.

When the Brickleys' mother found out about the girls singing in certain clubs she would not permit 13-year-old Audrey to sing with the group.  Audrey and Jean quit, making the group a trio.

While in high school the three remaining girls discovered the lead singer of a local group, The Romeos.  Impressed they asked Stephen Caldwell to join the group in 1960 and named themselves The Orlons.

The name Orlons was a tongue-in-cheek nod to the friendly rivalry they had with a popular group at their high school, The Cashmeres.

The Orlons Rise To The Top.

The girls came to Cameo-Parkway Records on a recommendation from Barry.

They auditioned in the fall of 1961 but were rejected. After two more auditions the record label signed them and Cameo executive Dave Appell appointed Hightower as the lead singer.

Appell began writing songs for the group but assigned them back-up vocals for Dee Dee Sharp's hits "Mashed Potato Time" and "Gravy" (for My Mashed Potatoes)." 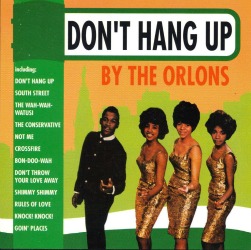 The group continued with other members into the late 1960s but when Rosetta Hightower decided to stay in England after a tour the group disbanded in 1968.

Continue reading below the video and discover how all those dance crazes began.

But first....Enjoy this happy feel good song with an excellent arrangement and close to the original version.

Watch as Stephen Caldwell and Jean Brickley continue to perform as "The Orlons" with two of Stephen's cousins, Albreta Crump and Madeline Morris.

Watch the crowd response as they display their approval of this wonderful old Wah-Watusi classic.

The Orlons Oldies Music Lyrics -
Wah-Watusi  #2 song in 1962 by The Orlons
Words and music by Dave Appell and Kal Mann.

How Did All Those Dance Crazes Get Started?

In 1958, Kal Mann and Dave Appell met at Cameo/Parkway Records in Philadelphia.

There they produced many records and collaborated on such hits as "Let's Twist Again" and "The Twist" (Chubby Checker); "Bristol Stomp" (Dovells); and The Orlons three giant hits, "The Wah-Watusi," "Don't Hang Up" and "South Street." 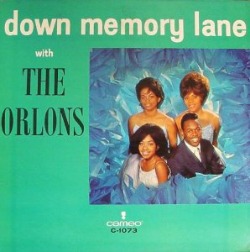 As the story goes Dick Clark wanted dance music because he had a visual TV show.  Everybody was watching this great show out of Philly to learn fancy steps.

Kal Mann and Dave Appell wrote the words to songs that formed the foundation of a golden era in Philadelphia music.