Another love story: After the Jessie Colter and Waylon Jennings love story reference in the May newsletter I was surprised to learn most were not aware of the inspiration behind the song, "Storms Never Last."  I decided to reach back and grab an old memory of one of my favorite stories that I hope you will find just as memorable.

I love the song lyrics referring back to those great old movies. It played out perfectly with the lyrics and how it all began for Bertie Higgins and his very special story. If there were ever a song that you just wanted to share with others and send back in time it would surely have to be the vinyl record memories of this  classic love song, Key Largo.

The updated page on the cover song "Are You Lonesome Tonight" by Norah Jones, will give you a sample of the Elvis covers she does so well. 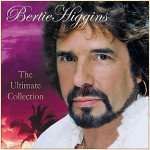 Key Largo is from the 1981-82 music era and when it comes to music, there’s quite literally something out there to suit everybody.

I write about the times and memories from three special decades that mattered most to me, music wise. Key Largo blends well with those times. Read the Key Largo love story here.

A Key Largo special song dedication to my Florida friend and high school classmate, Mickey Williams, owner of Sporty's On The Beach in North Redington Beach, FL., and to the whole gang at Sporty's. If you are in the area please stop by and say hello to Mickey. She would love to have you join her party at Sporty's On The Beach, 17093 Gulf Blvd.

Are You Lonesome Tonight is a vinyl record memories Norah Jones music tribute to Elvis.

Touches of smoky jazz, country twang, and even a little Memphis soul seem to flow through her original songs and great choices of cover songs like this one. Read more...

Fats Domino: I've Been Around

Received an email this month from Bear Family Records indicating a new release of the Fats Domino Deluxe Edition box set consisting of 12 CD's and 1 DVD, set for release in October, 2019.  It will have the complete ABC recordings and titled, "Fats Domino: I've Been Around." You can click on each photo for a larger view. 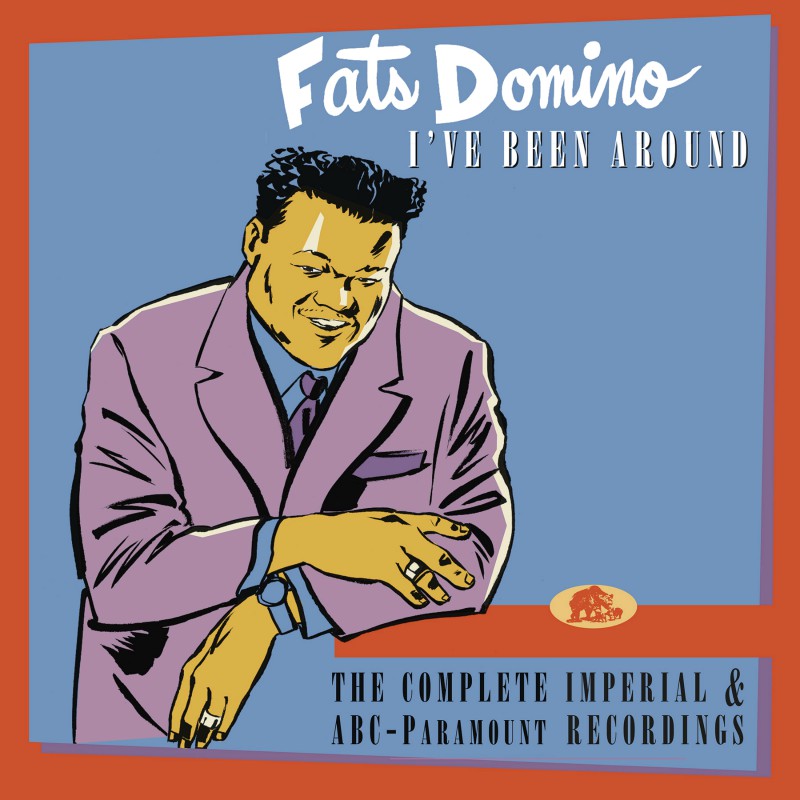 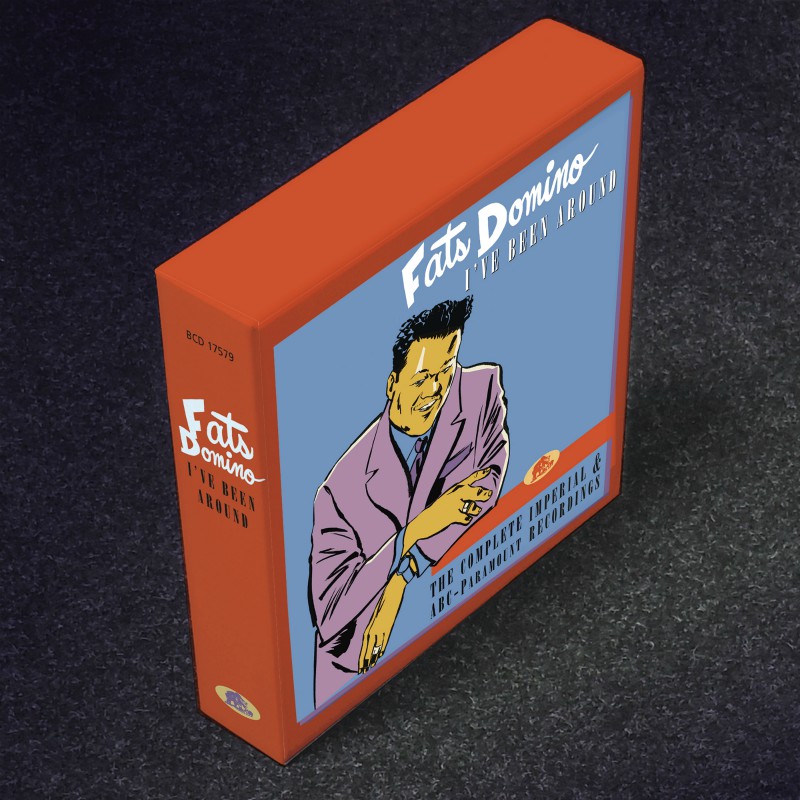 This box set will include an updated 200-page discography of Fats Domino's Imperial recordings containing hundreds of new photos and illustrations.

In addition, historical advertisements and flyers not seen since they were first published in trade journals, and rare sleeve art from the original albums and EPs are all included in this update of the 1993 original Box set.  Stay tuned for future updates.

Disco was initially a club experience rather than a recording and radio event.

It was originally a form of beat/dance music popular with different ethnic groups, expecially Latin American communities, but by the early to mid 70s was spilling out across the wider club scene.

With DJs driving the genre, the music was created specifically for the club turntable, and led to the production of the 12 inch extended play singles, some lasting nearly 8 minutes or more.

Soon the Bee Gees, Donna Summer and many others were pushing the disco beats into public popularity. With the success of both the Saturday Night Fever film and album, disco became the most exciting musical genre of the mid to late 1970s. 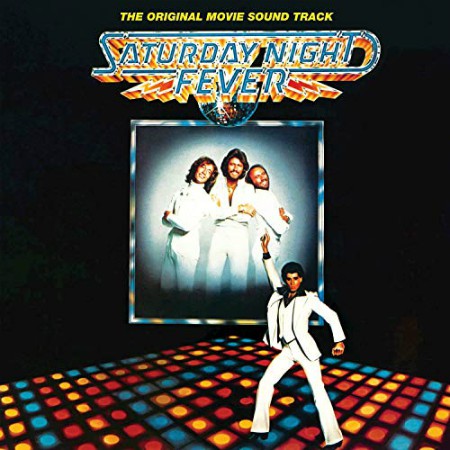 Just a few years before Saturday Night Fever hit the screens in 1977, The Bee Gees music had so fallen out of favor that Atlantic, their record company, refused to release one of their albums. Yet the Bee Gees soundtrack to Saturday Night Fever was so commercially successful that for five years, no album could match its sales. The album remains in the top 20 of all albums with sales over 16 million.

Saturday Night Fever dominated the US album chart for the first half of 1978 with 24 weeks at Number One, and also reached Number One in the UK.  The album that still defines the sound of disco spawned one US and UK Number One single for the Bee Gees (Night Fever), and two new US Number Ones (How Deep is Your Love and Stayin' Alive). It also included previous Bee Gees chart-toppers, "Jive Talkin" and "You Should Be Dancing."

Below is one of my two Saturday Night Fever albums on the wall of my hobby room home office. 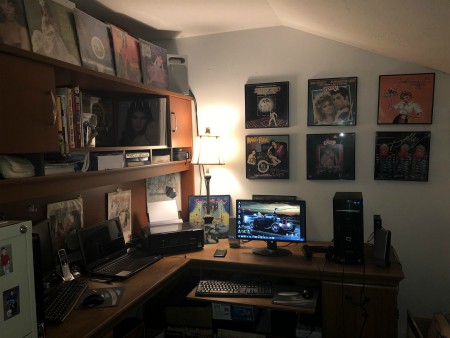 In the late 1950s/early 1960s, the Doo-wop sound evolved with many white vocal groups from the Big Apple paying tribute to the founding fathers of R&B.

Doo-wop is represented well with Nicky Santo and the Capris proclaiming "There's A Moon Out Tonight"; Johnny Maestro and the Crests singing "16 Candles" every time we have a birthday; Jimmy Gallagher and the Passions longing "Just To Be With You"; and from Jersey City, the Duprees' spine-tingling "Have You Heard" and "You Belong to Me."

I added the Duprees photo as I have two versions that are actual covers of the original recordings, the current "Duprees" and my favorite by Patsy Cline. The original is still hard to beat.

Who coined the phrase "rock 'n' roll"? Was it Alan Freed? Sign up for the newsletter and read about it in the July issue.