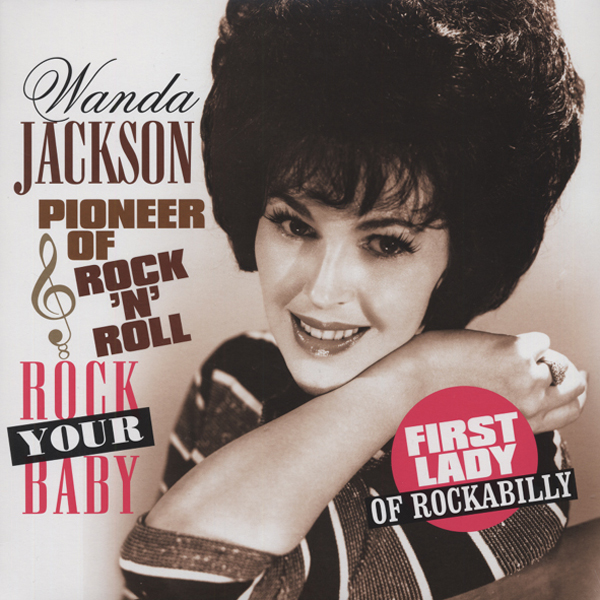 Known for her energetic stage shows and pioneering presence as a female artist, Wanda stormed the charts with a series of hit singles, including "Let's Have a Party," "Right or Wrong," and "In the Middle of a Heartache."

Her wounded small-town-girl innocence, offset by an ever-so-slightly sluttish voice, was a charming combo that should have made her a bigger star. As she saw Tammy Wynette rising fast, Wanda could have been excused for thinking it should have been her. With more than 40 albums to her credit, Ms Jackson, who turned 82 on October 20, has proven to be an enduring and genre-defying legend of American music. Happy birthday dear lady.

Inspiration For This Song Came From
A Very Personal Experience. 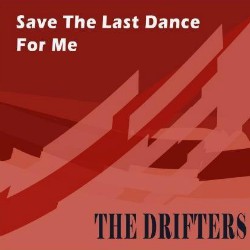 From 1959 to 1964 The Drifters produced 5 of my all time favorites beginning with "There Goes My Baby."

If you have not yet read the May 2019 issue you may find it interesting reading as I review their three golden eras of music, famous lead singers attached to the group, and all their great songs. A well-deserved second newsletter round for one of my all-time favorite groups. Doc Pomus co-wrote this sentimental pop ballad after watching his bride dance with everyone else at their wedding...while he sat in a wheelchair.

In the book Lonely Avenue: The Unlikely Life & Times of Doc Pomus, author Alex Halberstadt explains that one night, Pomus found a wedding invitation in a hatbox, and back came his most vivid memory from his wedding: watching his brother dance with his new wife while Doc, who had polio, sat in his wheelchair.

Inspired, he stayed up all night writing the words to this song on the back of the invitation. By the second verse, a hint of jealousy and vulnerability creeps in with the lyrics, "If he asks if you're all alone, can he take you home, you must tell him no." Pomus ended his night of songwriting by writing down the words that would become the title: "Save The Last Dance For Me." The song gave The Drifters their only #1 hit.

Model Trains and Train Songs
The Doctor is In.

Last month I introduced you to my friend and model railroader, Greg Warth. He recently redesigned his "Building Your Model Railroad" website. If you are a model railroader or have thought about starting a hobby, Greg's model train world is the perfect place to begin.

Greg is first and foremost a physician of Internal Medicine but his love of model trains goes all the way back to his childhood. Greg initially gave me the idea of adding train songs to my site. I now list them under the category, Train Songs & Stories.

Be sure to visit Greg's "About the author" page to learn more about how he began his hobby and how Greg makes his passion pay with this very popular Building Your Model Railroad hobby site.

Why Some Songs Remain Classics,
Decades After Their Release.

There are many songs we remember over the years. And there are some that seem to remain memorable decades after their release. There are dozens, hundreds or even thousands many can add to this classic category. Here are a few of my favorites I have written about.

Why did Patsy Dislike The song "Crazy"
When She First Heard It?

Willie Nelson met Cline's husband, Charlie Dick, at a Nashville bar one evening and pitched the song to him.

Charlie took the track home and played it for Patsy, who absolutely hated it at first because Nelson's demo "spoke" the "Crazy Lyrics" to a faster tempo than what Cline later recorded as a ballad.

With Owen Bradley's arrangement, Patsy Cline singing, The Jordanaires on background vocals and Floyd Cramer on piano, is it any wonder this song remains a true classic nearly 60 years after it was first recorded. Read more...

Who Could Forget The Chordettes?

The addictive "Lollipop" and "Mr Sandman" define a much happier, clean, fun-loving time that I feel privileged to have lived in. More than 60 years later the emotional power of these two songs still resonates with listeners, and as a result, still remain current.

Listen to their original recordings and read their incredible story..... 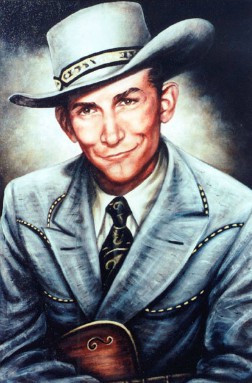 From The Original version to my favorite cover in 1962, "I'm so Lonesome I could Cry" is a heartbreaking and unforgettable portrait of country music’s founding father.

During his Aloha from Hawaii TV-special, Elvis Presley introduced it by saying, "I'd like to sing a song that's... probably the saddest song I've ever heard."

Hank Williams Sr. wrote and recorded "I'm So Lonesome I Could Cry" in 1949. The song, of course is about loneliness, and some say was written about his troubled relationship with his wife Audrey.  Their fiery relationship―as abusive as it was passionate―would inform nearly every song he ever wrote, and provide a template for country music for generations to follow.

A frail, flawed man who wrote and sang simple songs of heartache and love, and who would become country music’s most compelling and popular star, Hank Williams life would finally come to a haunting, lonely end on New Year’s Day 1953, in the backseat of a Cadillac at the age of twenty-nine.

A country music standard that still demands high rankings:  It is the oldest song on the list of Rolling Stones' "500 Greatest Song of All Time," and No. 3 on its "100 Greatest Country Songs of All Time."

It is truly amazing to me that of all the artists that covered this beautiful song Johnny Tillotson never received the notice or credit he deserved for his flawless recorded performance. I would love to hear your opinion of Johnny's version of "I'm So Lonesome I Could Cry." 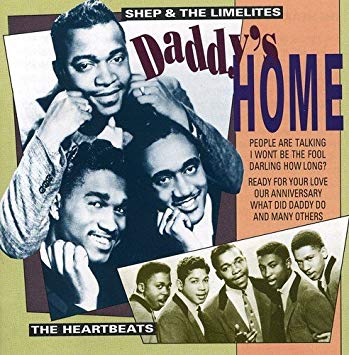 Clarence Bassett and Charles Baskerville backed James Sheppard and became known as Shep and The Limelites.

What was the title of their 1961 hit record?

"Daddy's Home" was recorded for Hull Records in February, 1961. The song went to Number Two in the US. James Sheppard and Clarence Bassett hailed from Queens County, New York. Charles Baskerville was a Virginia native.

The group formed in Queens in 1960 as Shane Sheppard And The Limelites. Shep also sang with The heartbeats when they recorded his 1956 composition, "A Thousand Miles Away". The Heartbeats were one of the New York City-area vocal groups who made it big after starting out singing on street corners.

Sheppard was inspired to write the song after his ex-girlfriend moved to Texas. The song is credited also to William Miller, who discovered them for Hull Records, where he worked as an A&R and as an arranger and musician.

Miller also co-wrote "Daddy's Home" with Sheppard. This was a continuation theme of "A Thousand Miles Away," that reached #5 on the R&B charts in 1956. Shep and The Limelites along with Hull Records lost a court battle over publishing rights in 1966 and the group disbanded when the record company folded.

Shep died after being beaten and robbed in his car in 1970.

Jukebox In My Mind will be out soon and I am looking at "Midnight Train to Georgia" and The O'Jays, Love Train, for future train songs. Do you have a favorite train song you would like to see a story written about? Use the link below to my contact form and let me know. Maybe you can help write a page on your special train song.