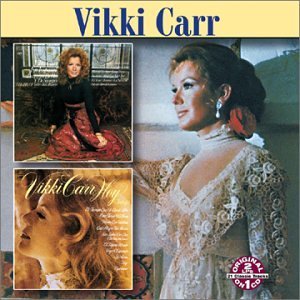 Vikki Carr is an American singer from Mexican origins.

I wrote this special page because of the cover she does on one of the most beautiful Spanish Love Songs ever, Cuando Calienta El Sol.

It is my very favorite Spanish language love song and there is a difference in understanding the true translation of this song.

It translates to the beat of your heart on the beach under the hot sun.

A Special Performance By a Special Lady.

When you watch Vikki in this Spanish music video from 1966 please notice as she gets closer to the audience how they seem to be spell bound by her presence singing this song.

They seem to believe every word and feel her passion, even though they may not understand the language.

Spanish or English or any Language this song is simply beautiful. I do miss the real music artists that can express songs with heart, body and soul.

It's hard not to get moved by her beautiful voice.

The folks in that audience experienced something very special that night.

This was class 101 in song interpretation. Simply outstanding. There are only two women that I believe have the voice to do this song proud. One you just heard and the other is by Connie Francis.

This Lady is Admired Most by The Very Best. 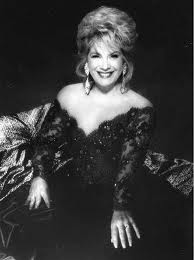 Vikki Carr is a three-time Grammy Award winner, whose international success spans four decades. She has performed for the Queen, five United States Presidents, wartime soldiers in Vietnam and sold-out audiences around the world.

She is admired by the very best in the entertainment world. Dean Martin said she was "The best girl singer in the business," and Frank Sinatra said, "She possesses my kind of voice."  Bing Crosby and Ella Fitzgerald both named her among their three favorite female singers of all time.

Elvis Presley was also very fond of her and even remarked on stage in Las Vegas many times that Vikki was one of his favorite singers. He said he liked her because "she sang from the gut" and introduced her at many of his personal appearances in which she attended.

In 2008, Vikki Carr was honored with a Lifetime Achievement Grammy from the Latin Recording Academy.

Facts & Details You May Not Know About
Vikki Carr.

She is a rare type of singer who can cry on demand during a performance.

She was awarded a Star on the Hollywood Walk of Fame for Recording at 6385 Hollywood Boulevard in Hollywood, California.

Received a doctorate in Law from San Diego University in 1974.

Awarded Doctorate in Fine Arts from St. Edwards University in 1974.

In 1970 chosen by the Los Angeles Times as their "Woman of the Year.".

On December 26, 1969, Vikki Carr was selected one of the "Ten Best Coiffured Women in the World" by the Helene Curtis Guild of Professional Beauticians.

I have added this very special video that shows just how elegant she still performs many years after the video above.

Please take time to enjoy the four different versions below of my all time favorite Spanish love song.

Johnny Rodriguez sings his version of the song.

A very young Luis Miguel and a Classic Cool Video

Return to Home page from this Vikki Carr page 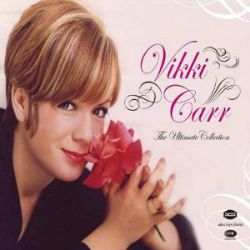 See all 38 albums in one location.

Read the story and listen to Connie Francis give her beautiful rendition of this Spanish classic. 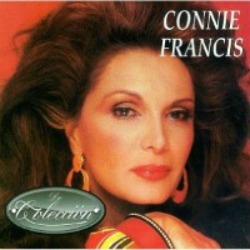 Visit this Johnny Rodriguez page and listen to his version of "Love Me With All Your Heart." Johnny covers the song in both Spanish and English. Very nicely done. Read more. 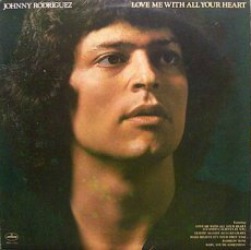