The Duprees Biography returns to early 1962 and memories of their hit song "You Belong To Me." The group was from Jersey City, New Jersey.

The Duprees were known for mixing Doo-wop vocals with big band sounds. The big band sound was introduced courtesy of George Paxton, a former big band leader from the 1940's. He was impressed by the group's smooth vocal style and signed them to his Coed Records label.

Their first million seller "You Belong To Me" reached #7 in 1962. The group would go on to have more than 40 hits over the next few years.

Is This Group The Original Duprees?
If Not.....Are They Better?

You make the call if they are better. I have my opinion.

This video was selected because the picture and sound quality are so much better than the video of the original Duprees...

There are many original Duprees fans on the internet and I would never disrespect the original group. They were the first and should always be recognized for their talent and vocal accomplishments.

The Lead singer on this video, Tommy Petillo, sang with original Duprees after the lead singer left. Tommy was lead singer with some of the original members of the Duprees from September 1978 until February of 1979.

His last performance was at Bogies in Long Island, NY. He said it was the end of the original performing members of "The Duprees." I searched various sites online and did find information to back this up.

Seems like a classy guy to me. He is talented and brings back a lot of memories as he puts his touch on this original classic from 1962. A great cover for those who love the oldies.

As long as groups perform and keep the original artists memories and songs alive, I will always enjoy listening to them.

The Duprees Biography.
Great Singers Over The Years. 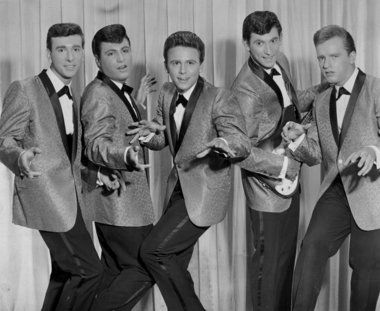 The Original Duprees above, crica 1962. They are (L to R) John Salvato, Michael Arnone, Joey Canzano, (later known as Joey Vann), Joseph Santolo and Thomas Bialoglow. As of this writing, Tom Bialoglow, 70, and 71-year-old John Salvato are the only two surviving original members of the original Jersey City quintet.

Today’s Duprees (shown in above video) have over 40 years of on-stage performances with lead singer, Tommy Petillo, Phil Granito, and Jimmy Spinelli who continue to perform all the chart-topping songs you know and love.

Mike Arnone trademarked The Duprees name and kept the group going into the 1980s with leads Johnny Petillo and Richie Rosato, with replacement singers Al Latta, Bob Leszczak, from 1981–83. In mid-1983 John Salvato went on to form his own group with Tommy Petillo on lead, Bobby Valli, and Vinnie Crecca.

Some reviews have listed Richie Rosato as one of the better lead singers for the Duprees and to hear singers like Rosato, Jimmy Beaumont (The Skyliners - Since I Don't have You) and Johnny Maestro (Sixteen Candles fame) is to hear some of the best doo wop had to offer.

Some Falsely Claim To Be Original Doo-wop Groups? 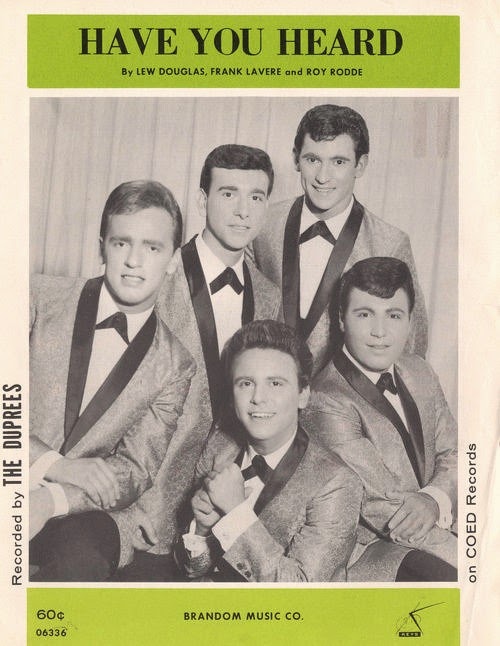 Many of us have been to oldies concerts where some (but very few) original members were still performing.

Most are in their late sixties, seventies and older.  Many are just unable to perform as they used to. Some had sons or other members of their families performing.

In some oldies concerts a number of tribute bands are taking credit as original groups when many were not even alive when the songs were recorded.

"Everyone is honored when there is a tribute band performing in honor of the original groups. That’s fantastic. It’s when they stand there and say, "When WE recorded this song..." or "When WE were inducted into the Vocal Group Hall of Fame...."

"That’s when it becomes a problem." And it's wrong!

The Duprees recording of "You Belong to Me," in 1962 became the most popular version at the time, reaching #7 on the charts.

However, let's not forget that ten years earlier, the Jo Stafford version entered the charts in August, 1952 and remained there for 24 weeks. Her version has the distinction of topping the charts at #1 in both the US and UK listings, and was the first song to top the UK charts by a female singer.