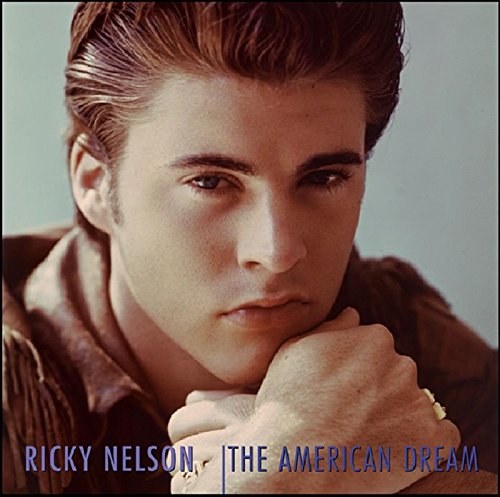 The Ricky Nelson Lyrics to the song, "I Will Follow You," was originally recorded in 1961 as an instrumental. In 1962, Petula Clark released a French language version of the song, which reached No. 2 in France. This was Nelson's first album for Decca and set the pattern for the mid-60s LPs he would record for the label.

An early video of Ricky singing "I Will Follow You" was taped on The Ozzie and Harriet Show, featuring a young James Burton on lead guitar.

The Ricky Nelson cover of the song was done in my opinion, during some of the very best times on TV. An exciting time to be a teenager and to watch Ricky grow up on the show from the early fifties into the mid sixties.

The Adventures of Ozzie and Harriet made its television debut in October 1952 and ran until September 1966.  Ricky recorded the Fats Domino standard "I'm Walkin'" and "A Teenager's Romance" on March 26, 1957 as his first single.

Before the single was released, Nelson made his television rock and roll debut on April 10, 1957 lip-synching "I'm Walkin'" in the Ozzie and Harriet episode, "Ricky, the Drummer".

Around the same time, he made an unpaid public appearance as a singer at a Hamilton High School lunch hour assembly in Los Angeles with the Four Preps and was greeted by hordes of screaming teens who had seen the television episode. 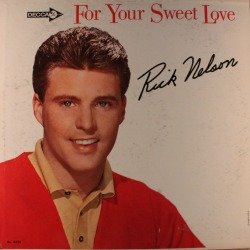 The song "I will follow you" was included on Rick's 1963 album titled "For Your Sweet Love," a Top 20 album that same year.

I have placed a photo of my Ricky Nelson LP that I purchased new in 1963. The title song "For Your Sweet Love" was also penned by the Travelin' Man, Jerry Fuller.

The Ricky Nelson lyrics were altered slightly when Ricky sang the song so I have provided the lyrics as they were recorded originally for this song.

Enjoy this video, a very nice cover  by Ricky, from the days of black and white TV.

I will follow you, follow you wherever you may go
There isn't an ocean too deep
A mountain so high it can keep me away

I must follow you, ever since you touched my hand I know
That near you I always must be
And nothing can keep you from me
You are my destiny

The song "I Will Follow Him" was recorded in 1961 by Franck Pourcel and began as an instrumental piece.

The original French song lyrics were written by Franck Pourcel and Paul Mauriat.

The English lyrics were translated by Norman Gimbel and the original English version was recorded by Petula Clark and became a #1 hit in France and earned Clark a gold record.

There have been several cover versions of the song, but the most popular cover was by Little Peggy March.

On January 22, 1963, Little Peggy March's version of "I Will Follow Him", backed with "Wind Up Doll", was released by RCA Victor. March's version spent 14 weeks on the Billboard Hot 100, reaching No. 1 on April 27, 1963 and spending three weeks in this position, making 15-year-old March the youngest female artist at the time to have a U.S. chart-topping single.

Click on the links below for some great content and listen to some Ricky Nelson music we once enjoyed on those great old 45rpm and LP records.

Watch Ricky and Fats Domino Live on stage together

How I took a Hobby .... And created a website about my passion.

Do You Know Something About Anything?
A Hobby? A Passion?