I May Be Used Lyrics

Waylon Jennings #4 song from the album
"Waylon and Company" 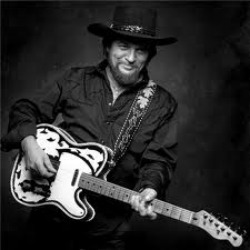 The Waylon Jennings I May Be Used Lyrics was written by Bob McDill and was a #4 song for Waylon in 1984.

It was released as the third single from the album "Waylon and Company."

The song title is actually "I May Be Used" (But Baby I Ain't Used Up) and was a favorite song where ever Waylon played.

The lyrics are about a younger woman looking over all the guys in a bar.

I May Be Used Lyrics - What's Your Favorite Bar Room Song?

I like to compare favorite old bar room songs and see which one everyone enjoys the most.

Merle Haggard recorded one I said just might be the best bar room song ever written?

After you view this video stop over and visit the Merle Haggard page for a song I consider to be a top five bar room song and then you can make the call.

There is a link after the video at the bottom of this page as a reminder to help you get to Merle's page in case you've had too much to drink.

I've provided the I May Be Used Lyrics  below so you can sing along.  Enjoy and don't get too rowdy.

It's hard for me to pass up an opportunity to add a few words about someone who has had such an impact on the music industry.

Many visitors to this site enjoy reading career highlights and notable accomplishments of people they do not know, but then discover they had a direct impact on their favorite big name stars.

Bob McDill, in my opinion,  was responsible for the success of many of those artists.

McDill's first cut for a country artist was "Catfish John", recorded in 1972 by Johnny Russell.

For the next thirty years afterward, McDill wrote one song a week, with artists such as Jerry Lee Lewis, Anne Murray, Don Williams, Waylon Jennings, and Mickey Gilley recording his songs.

Bobby Bare recorded an entire album of Bob McDill songs in 1977; the album was titled Me and McDill.

In addition to his 31 number one hits and  four Grammy nominations, McDill has received Songwriter of the Year awards from Broadcast Music Incorporated, the American Society of Composers, Authors and Publishers, and the Nashville Songwriters Association International.

In October, 2012, he was awarded ASCAP's Golden Note Award in recognition of his "extraordinary place in American popular music."

I'm sure most in the music industry know who Bob McDill is; And most outside the industry probably do not.

Everyone who finds this page will realize the immense talent of this very gifted man.

Return Home from this I May Be Used Lyrics page

"Crazy" by Patsy Cline. Is this the best Jukebox song ever? Click here and you decide. 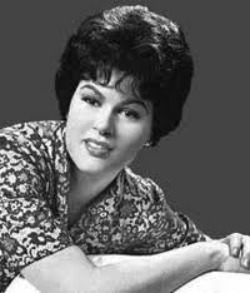 "I think my dad's Big River is one of the most eloquent pieces of American poetry ever written." Rosanne Cash. Read more here.

Suzy Boggus does Patsy Montana proud in this live video of Montana's "I Want to Be a Cowboy's Sweetheart."

Montana's cowboy song lyrics paints a different picture of a woman who wants to rope and ride and sleep out under the stars, just like her Cowboy Sweetheart. Read more.