"Put a Nickel in the Jukebox and
Bring Back Patti Page."

The Patti Page Vinyl Record Memories returns to 1950 and the beautiful Tennessee Waltz.

It has always been my favorite recorded song by this well respected lady.

On this page you can return briefly to 1950 and listen to Patti deliver this memorable classic song with great sensitivity in her rich, warm and vibrant voice.

To begin, let me take you back to when I first met Patti Page and she sang a special song for me when I was just 10 years old.

It was 1955 and I was sitting on the floor in front of the TV at 1146 Noyes Ave, in Hamilton, Ohio when The Patti Page Show came on and she began singing a song to me.

I know she was singing to me because I was about six inches from that small B&W TV screen and she couldn't possibly see anyone else in that room but me:-)

The song was "How much is that Doggie in the Window" a #1 hit for Patti Page two years prior in 1953.

As I got older the Patti Page vinyl record memories would take me back to the early fifties and the "Tennessee Waltz" became my favorite song by this lady with the golden voice. For many years, this was the second-best-selling record of all time (behind only "White Christmas). She was perhaps the preeminent female crooner of the immediate postwar era.

Please take a moment to relive some vinyl record memories and watch this video with those wonderful old country music lyrics by Redd Steward and music by Pee Wee King.

Then continue to the second video where you will see Patti Page perform this wonderful Country classic live over a half century later in perfect harmony. 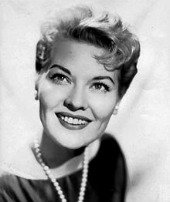 On November 21, 1947 Doris Day recorded the song "Confess" as a duet with popular singer Buddy Clark.

Mercury records also planned to record the song with well know singer Frankie Laine but was persuaded instead to give the song to a young female singer, Patti Page, who had yet to record a single hit.

Due to a low budget an additional singer could not be hired to do the second part.  Jack Rael, Page's manager, suggested that Page sing the second part as well.

On December 3, 1947 Page recorded the song "Confess" and her career took off. The novelty of her doing two voices on one record may have been the reason the song was so popular.

After reaching the Billboard chart in July of 1948, the popular song remained on the charts for 10 weeks and peaked at #12.

This was the first song on which a singer began the practice of multi-tracking, becoming a trademark of her style. As many  recall, Less Paul and Mary Ford also began using this over-dubbing practice in their songs.

Heartbreaking Lyrics
My Friend Stole My Sweetheart From Me. 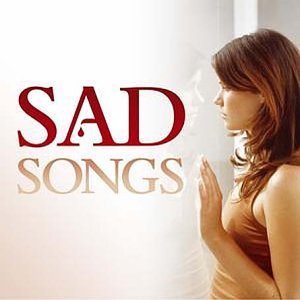 Then in 1950 Page recorded her signature song, "Tennessee Waltz" and it became one of the biggest-selling singles of the 20th century.

I believe these sad song lyrics is what drove this song to the top of the charts.

The Patti Page Tennessee Waltz entered the Pop Music chart of Billboard dated 10 November 1950 for a 30 week chart run with a #1 peak on the 30 December 1950 chart; the track would remain at #1 for a total of nine weeks.  I'll bet these Sad Song Lyrics have proven true more than once.

"I was dancing with my darling to the Tennessee Waltz
When an old friend I happened to see..
Introduced her to my loved one, and while they were dancing,
My friend stole my sweetheart from me"

Page had three more number one hit singles between 1950 and 1953 and of course the one she sang to me will always be special.

Patti Page died on New Year's Day 2013 and it made me think of a tribute song, written and recorded by Sharon McNight in 1978 titled "Put A Nickel in the Jukebox and Bring Back Patti Page."

So, for all of the Patti Page fans let's "Put a nickel in the Jukebox and bring back Patti Page" while watching this version from the Trump Taj Majal in Atlantic City, New Jersey in 2004.

Enjoy this beautiful live performance, and grab some tissue.

Hard to believe this wonderful lady was 77 at the time and still had that great sensitivity in her rich, warm and vibrant voice.  God bless you Patti Page.

See all 92 albums
in one location.