I'd Like To Buy The World A Coke.
A song change for the better? You decide.

My Response:  The song, "I'd like to Teach The World to Sing" was originally recorded as, "I'd like to buy the World A Coke."  Here's the rest of the story.

Recorded under the title "I'd Like To Buy The World A Coke," the song was a failure when it was first played on the radio in 1971, but when it was re-recorded for a television spot, this time sung by an enormous children's chorus, it caught on. Later, Davis rewrote it as, '"I'd Like To Teach The World To Sing (In Perfect Harmony)," as recorded by the Hillside Singers and the New Seekers. 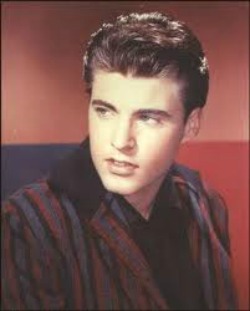 "I Will Follow You," was originally recorded in 1961 as an instrumental. On January 22, 1963, Little Peggy March's cover version of the song was released by RCA Victor.

March's version spent 14 weeks on the Billboard Hot 100, reaching No. 1 on April 27, 1963 and spending three weeks in this position, making 15-year-old March the youngest female artist to have a U.S. chart-topping single.

An early video of Ricky singing "I Will Follow You" was taped on The Ozzie and Harriet Show, featuring a young James Burton on lead guitar. The Ricky Nelson cover of the song was played on the show during some of the very best times on TV. An exciting time to be a teenager and to watch Ricky grow up on the show from the early fifties into the mid sixties. Enjoy this Ricky Nelson cover song video in Black & White and then,  continue with more Ricky Nelson pages.

The American Drive-in Theater.
Popcorn and Romance under the stars.

A memorable return to all those wonderful old Drive-in theaters that were so much a part of family entertainment in the fifties and sixties. Watch this great video (below red '58 Impala) and you are guaranteed to fall (back) in love with these beloved drive-in movie theaters.

Vinyl records are back in a big way, so why not Drive-in theaters? 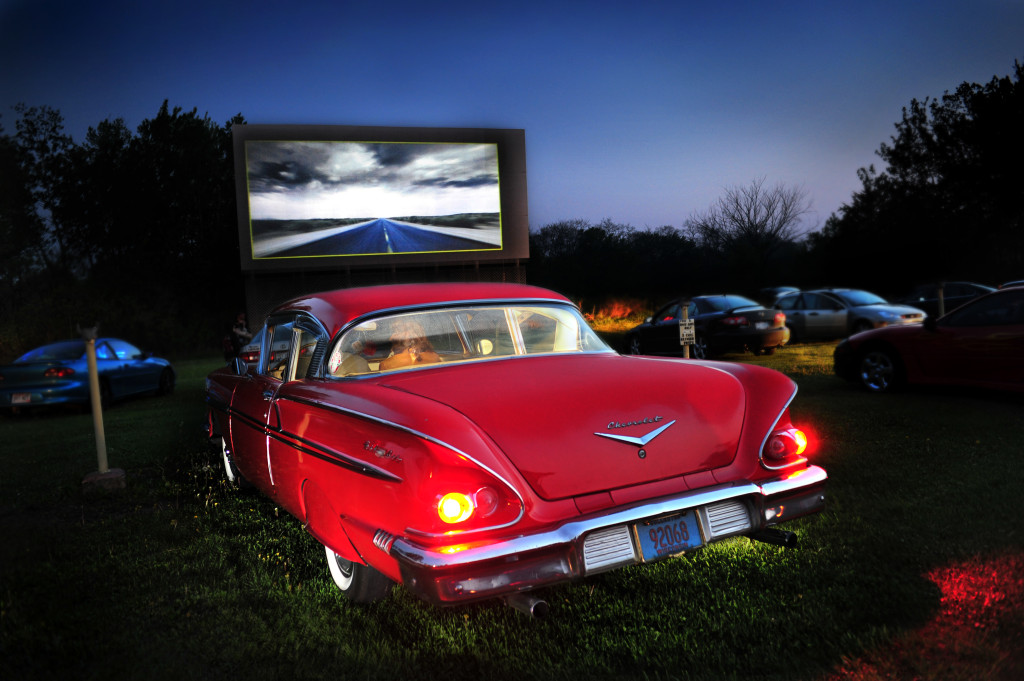 Have you been to a drive-in theater?
Watch this, then add it to your bucket list.

As of October, 2019 there were 305 drive-in theaters in the United States with a total of 549 screens, according to the United Drive-in Theater Owner Association.

Drive-in numbers exploded and peaked in the late 1950's – early 1960's. During this time, which is generally considered the golden age of drive-ins, there were over 4000 drive-in theaters across the United States. It was popcorn and romance under the stars.

But the golden age only lasted a decade or so, and in the 1970's the number of drive-ins began to decline rapidly for a number of reasons. With the introduction of the VHS movies in the late 70s, people were able to rent or buy movies and watch them from the privacy and comfort of their homes.

They also require about 15 acres of land to operate, which makes them less cost-effective in today's market. Many past owners found there was more money to be made by selling their businesses to developers than to continue running their drive-ins.

Although most drive-ins save money on speakers by projecting sound through FM radio broadcasts, digital projectors average around $60,000 per screen. Between that and the land costs, it is difficult for small business owners to open up new drive-ins, so their numbers have dwindled. 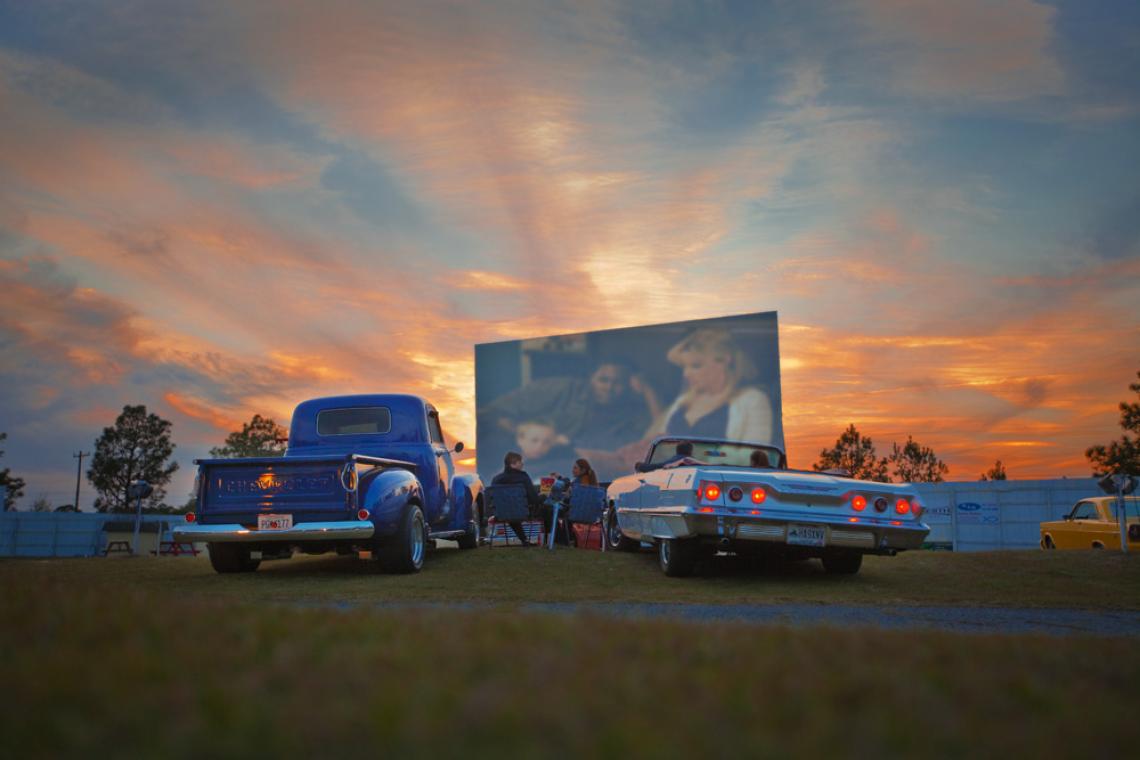 But there is some good news. Current drive-in owners adapt well to changing times. With online ticket sales, reserved parking spots, and food delivered to your car from the concession stand, many owners have made drive-in theaters easier and more fun to attend.

In a culture where family time has become so rare and the price of movie tickets are breaking the budget, the time is right once more for the drive-in to satisfy the national thirst for affordable, good, quality family entertainment.

Final Note: Most of the drive-in theaters are not making money from the movies they show. It’s the concession stand that drives the opportunity for these historic landmarks to stay in business. Please consider purchasing a hamburger, hotdog, fries, popcorn or a funnel cake while you visit. Even if they take credit cards, cash is always better.

Let’s work together to see these family adventure spots are still around for the next generation to enjoy! 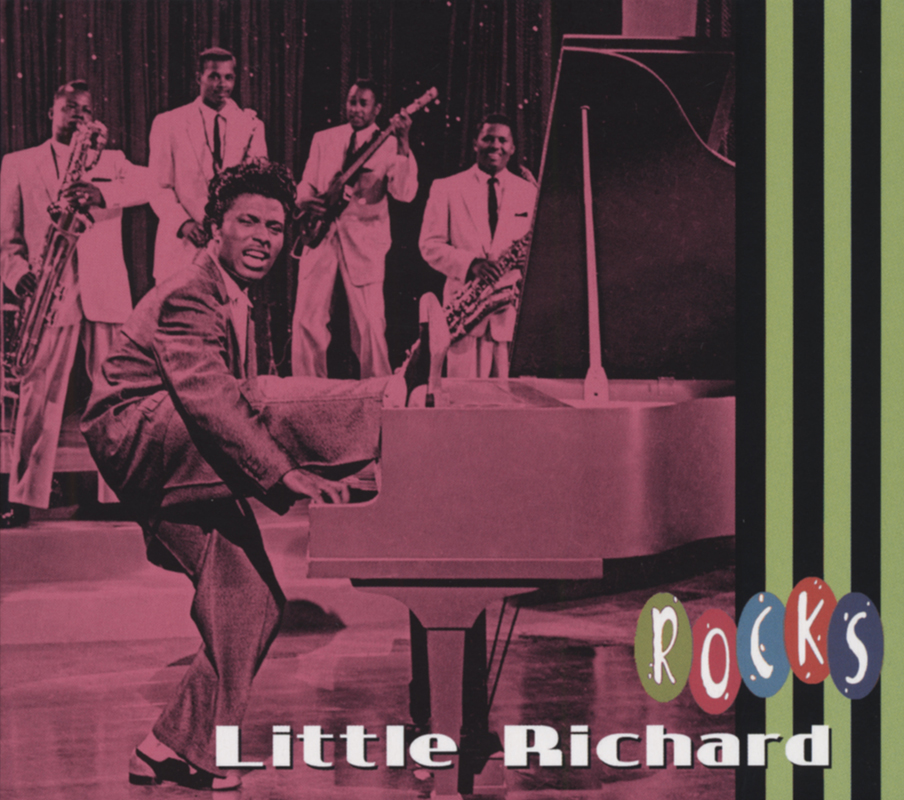 Little Richard, the flamboyant 50's rocker whose “Tutti Frutti” changed the music world, died Saturday, May 9, 2020 at the age of 87. Born Richard Wayne Penniman in Macon, Georgia, Dec. 5, 1932, Richard developed his vocal style while enthusiastically singing and yelling through church services as a boy.

A wop bop a loo bop a lop bam boom! The incomparable Little Richard blew the lid off the '50s! "Mojo" magazine ranked "Tutti Frutti" first in the "100 Records That Changed The World," with Lee Allen (saxophone), Frank Fields (bass), Earl Palmer (drums) and the rest of the New Orleans's cornerstone session-men at their fiery best.

Little Richard, one of the great Rock and Roll innovators, whose enduring series of smash hits on Art Rupe's Specialty label influenced many of the Western world's most popular artists.

Little Richard started at the top and worked upwards. His deliriously frenzied singing and wild, propulsive piano playing fuelled a string of manic hits on both sides of the Atlantic.

Selling an estimated 18 million copies during the '50s, including Tutti Frutti, Long Tall Sally, Lucille, Jenny Jenny, Good Golly Miss Molly, Rip it Up, and Ready Teddy, these are the records that made the difference between R&B and primal rock 'n' roll.

With Little Richard's death, now just two members of the inaugural class of the Rock and Roll Hall of Fame are still living -- Jerry Lee Lewis, who is 84, and Don Everly, the older of The Everly Brothers, who is 83.

Favorite cover songs continues with one of the most popular cover songs, "Devil or Angel" originally recorded by The Clovers in 1956, then a big hit for by Bobby Vee in 1960.

Be sure to return and learn about all the "Angel" related songs from the sixties. And who can forget the original "Earth Angel" from 1954. Coming your way in the next Vinyl Record Lovers newsletter.


Want To Build an Empire...
Try A Model Railroad.

The Cincinnati Sound by Randy McNutt. Randy is a Hamilton, Ohio native as I am. Read about the history of King and Fraternity Records and why Cincinnati is remembered as one of America's top musical capitals. Get your copy today.

See all Randy McNutt books in one location.