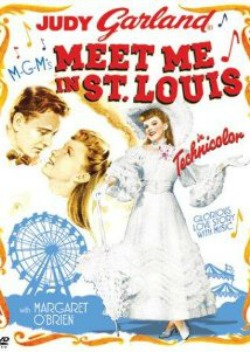 Judy Garland gives one of her finest performances in the delightful period musical Meet Me In St. Louis, still one of the best-loved movies of all time.

Of course it is full of great musical set pieces such as The Trolley Song and at the center of it all is Judy Garland, one of Hollywood's most memorable talents.

Meet Me in St. Louis is pure Americana at its best, a musical that celebrates the values of small town America, a popular theme in MGM musicals.

Many critics consider Meet Me In St. Louis the single finest Hollywood musical of the 20th Century. It is listed at #10 on the American Film Institute's Top 25 Movie musicals.

I continue to list "Singin' in The Rain" and "Yankee Doodle Dandy" as my top two all-time favorite musicals. There are many others I still enjoy watching from Hollywood's golden era of musicals.

This was just enchantingly beautiful.  I still enjoy some of the musicals nowadays, but no matter how hard they try, they just can't replicate that classic feeling, that wholesome sound, and that hypnotic sense of wonder that these grand musicals of old resonate.

Was The Trolley Song really written from a children's book? 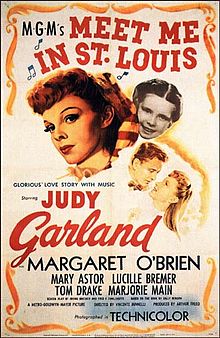 If you have only seen Judy in the Wizard of Oz, you haven't seen Judy. In my opinion, this was some of her best work. Wonderful cast, Lovely settings, magical songs.

It is such a remarkable period piece, illustrating a much simpler lifestyle where the telephone and electric lights were new.

The song was written by Hugh Martin and Ralph Blane. Blane had previously said that the picture was in a book he found at the Beverly Hills Public Library and was captioned "Clang, Clang, Clang, Went the Trolley."

Has anyone noticed during The trolley Song that Judy Garland is the only girl on the trolley with out a hat?

Meet Me In St. Louis - A beautiful timeless movie. 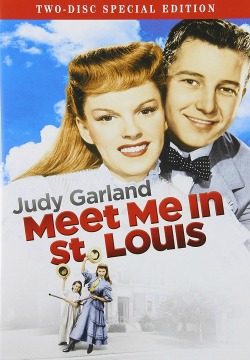 There are those of us who never tire of the fantastic movies from one amazing era. Just so great. And this movie provided some of the best movie songs that became standards after filming.

Watching the movie again made me miss a time we all know existed but wish existed today.

I wish Hollywood was still golden.

Produced by Arthur Freed, directed by Vincent Minnelli, and sporting a flawless ensemble cast led by Judy Garland, the film was immediately hailed when it debuted in 1944--and time has only added luster to its name.

Please enjoy The Trolley Song from this wonderful old musical. A beautiful timeless movie loved by people of all ages.

Hard to believe this musical is over 70 years old.

The Trolley Song
Words and music by Hugh Martin and Ralph Blane.
Nominated for Best Song Academy Award for 1944

The day was bright, the air was sweet
The smell of honeysuckle charmed me off my feet
I tried to sing, but couldn't squeak
In fact I felt so good I couldn't even speak

*Judy*
With my high-starched collar, and my high-topped shoes
And my hair piled high upon my head
I went to lose a jolly hour on the Trolley
And lost my heart instead.

Clang, clang, clang went the trolley
Ding, ding, ding went the bell
Zing, zing, zing went my heartstrings
From the moment I saw him I fell

He tipped his hat, and took a seat
He said he hoped he hadn't stepped upon my feet
He asked my name, I held my breath
I couldn't speak because he scared me half to death

Chug, chug, chug went the motor
Plop, plop, plop went the wheels
Stop, stop, stop went my heartstrings
As he started to go then I started to know how it feels
When the universe reels

*All*
The day was bright, the air was sweet
The smell of honeysuckle charmed you off you're feet
You tried to sing, but couldn't squeak
In fact, you loved him so you couldn't even speak

*Judy*
Buzz, buzz, buzz went the buzzer
Plop, plop, plop went the wheels
Stop, stop, stop went my heartstrings
As he started to leave I took hold of his sleeve with my hand

And as if it were planned he stay on with me
And it was grand just to stand with his hand holding mine
To the end of the line.

Gene Kelly - He can just make any song sound great! 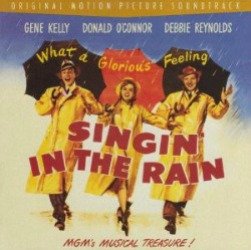 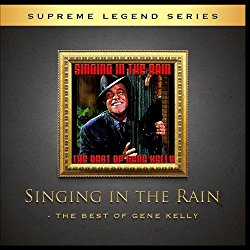 Kelly's joyful, masterful performance convinced you that, here indeed, was a man who had just fallen in love. Get your copy of Amazon DVD's click on Photo's above.