When a Montana visitor, Linda R., suggested I add a page or two on songs about the old west I already had a song in mind for my Campfire Songs page and decided on a special page dedication.

The first song on my Cowboy Campfire series, Tumbling Tumbleweeds, is dedicated to a group that actually played in the cowboy westerns I grew up with.

George Strait sings my favorite cover of "Amarillo By Morning" in the last live performance at the Houston Astrodome.

The First "Bond" girl dies & the James Bond car stolen in 1997 may have been located.

Rodeo Clown, Lecile Harris' other talents will amaze you.

Album Cover Art of the Month. 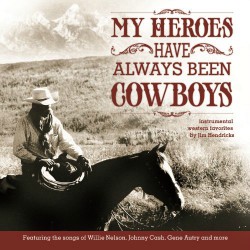 Tumbling Tumbleweeds is the first page of my Cowboy Campfire series and is dedicated to Gabe Ward and the "Hoosier Hotshots."

Between 1937 and 1950 the Hot Shots appeared in more than 20 movies, sharing billing with the likes of Gene Autry, Dale Evans, and Bob Wills.

Happy Trails to you, Gabe Ward (November 26, 1904 - January 14, 1992). I did not know Gabe Ward but you may recognize the last name. His son, Ned Ward is my Country Doo-Wop DJ buddy out Oregon way. Catch his show every monday thru Saturday, 11am-1pm, all times Pacific, on KNCP Newberry Mix 107.3 for all the great Country Doo-Wop songs on his 2 hour program. Read the Tumbling Tumbleweeds story.

George Strait Favorite Never Made It To #1. 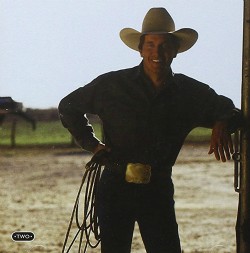 Amarillo By Morning is a Rodeo ballad first recorded in 1973, but the George Strait version which came out ten years later is the one everyone knows and turned Strait into an overnight star.

It’s interesting that the guy who has the most number ones in the history of music didn’t reach that feat with his most famous tune.  Read more. 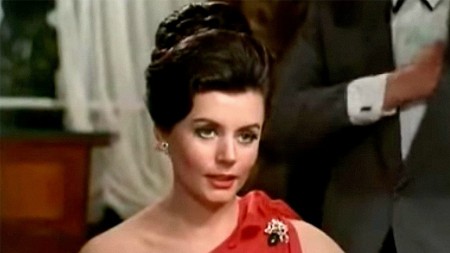 Rest in peace, Eunice Gayson. Gayson, who died on June 8th, was best known as the first-ever Bond Girl in the 1962 James Bond film, "Dr. No," alongside Sean Connery. She is also the only Bond Girl to appear in two films in the franchise, as she starred in 1963's "From Russia With Love."

In a scene at the Le Cercle Club, her character, Sylvia Trench, met Connery’s 007 over a game of cards -- where she helped set up one of the franchise's most iconic lines. She proposed they raise the stakes, and Bond said, “I admire you’re courage, Miss er…?” to which she replied, “Trench. Sylvia Trench. I admire your luck Mr…?”

LECILE HARRIS is a rodeo clown and bullfighter who has entertained millions of fans and saved countless bull riders over the last sixty years.

Lecile is a four-time PRCA Clown of the Year winner and 2007 inductee of the Pro Rodeo Hall of Fame.

Over the course of his personal life and career, he has played college football, been a professional musician at Sun Studios, advised Elvis on horses, danced with ornery bulls, been a featured performer on Hee Haw, developed dozens of comedy acts, and been in untold numbers of fights.

He lives in Collierville, Tennessee with his wife, Ethel, and still performs at over fifty rodeos annually.  Read his story "This Ain't My First Rodeo" available on Amazon.  Listen to this song about a rodeo clown and my photo reference to Lecile Harris. Read more...

Album Cover Art of The Month.
Song has Special Memories.

How did one of the all time greatest movie songs become one of the most romantic songs ever written is a little confusing. Its lyrics never mentioned anything about love or romance.

And if you will look superficially at its lyrics and don't know the story behind the lyrics, it's almost nonsense. 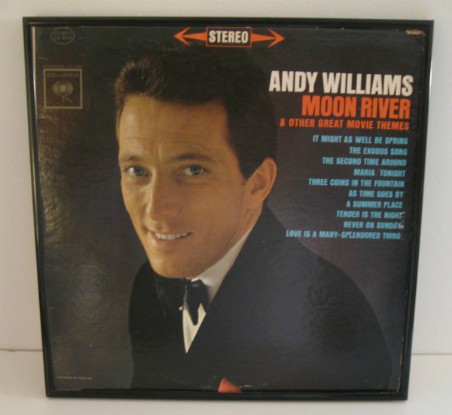 But when you listen to that beautiful Mancini melody the words seem to take on a romantic meaning and what songwriter Johnny Mercer really wrote about, is all but forgotten.  Let"s look back at 1962 and read about "Moon River" and those special memories.

In reference to the above article on the death of the first Bond Girl, I've added some interesting information about the specially equipped Aston Martin used in the James Bond series beginning with "Goldfinger." Remember that really cool James Bond theme song? 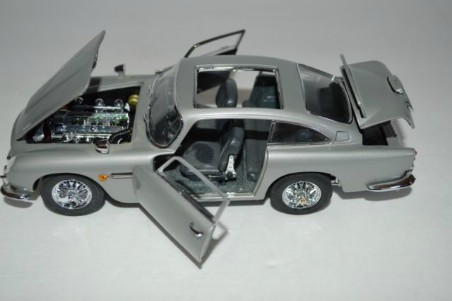 James Bond had a DB5, complete with machine guns and ejector seat, driven by Sean Connery in the 1964 film "Goldfinger." The movie car was stolen from a Florida airport in 1997 and has reportedly been located. Its location, according to those supplying the information, is classic espionage territory - the Middle East. Estimates of its value hover around $13 million.

I own one of these, however, it is a Danbury Mint Collectible as shown above, and the cost when  purchased new was $149.00.  Some are asking nearly 5 times that amount on eBay.

The “DB” in “DB5” stands for David Brown, who bought Aston Martin in 1947 and sold it in 1972. It was under his watch when the company introduced its iconic DB4 to DB6 models. The all-new, sharper-edged DBS was an evolution in styling when it appeared in 1967.

I'll be looking to add an original Doo-Wop classic and another Campfire classic by Michael Martin Murphy. I also have an amazing duet scheduled on one of the most memorable campfire songs every recorded.