My Doo-wop buddy, Ned Ward has been playing oldies but goodies and the doo wop hits of the 50s and 60s on FM radio since 2005. Now join Ned with a trip down memory lane each Saturday from 4-6 pm ET on Jukebox Memories. (opens in new window)

Ned will be your DJ host and play the songs you can sing along with and the music that YOU remember. Ned is also working on his original Country Doo-Wop show so stay tuned for more updates.

The '70s decade continues with some notable sounds and events from the year 1973.

Remember that famous line and movie, Where were you in 62?

American Graffiti opens, sparking a '50s nostalgia craze that recaptures the sights and sounds of the 1960s like few films before or since and will last for most of the '70s. Pink Floyd's "Dark Side of The Moon," recorded at London's Abbey Road Studios, topped the US album chart for one week and remained on the charts for 741 weeks between 1973-1988.

The Elvis Presley Aloha from Hawaii music concert was broadcast live via satellite around the world on January 14, 1973 and was seen by over one and a half billion viewers worldwide and remains the most watched broadcast by an individual entertainer in television history.

Kissing Couple
The Sailor & Nurse Have Both Died. 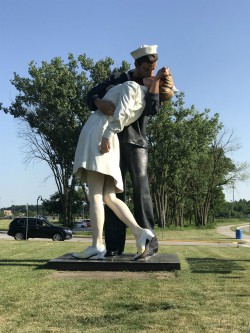 One of the most famous photos of World War II is probably the picture of an American sailor kissing a nurse in Times Square in New York City, when people were celebrating Japan’s surrender.

I captured this photo in 2018 while in Crown Point, Indiana for my grandson's baseball tournament.  The ecstatic sailor shown kissing the woman and celebrating the event died on February 17, 2019 at the assisted living facility in Middeltown, Rhode Island, where he lived with his wife of 70 years.  George Mendonsa was 95.

The sailor mistook Friedman’s dental assistant uniform for that of a nurse. He later explained that he hugged and kissed the girl because of his overwhelming gratitude for the work nurses had performed while he was in combat in the Navy, because of his elation over the war ending and because he had had a few drinks.  You can read my original story in the October, 2016 issue. (opens in new window) 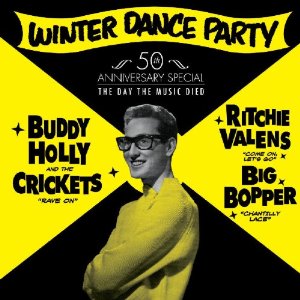 On February 3rd, 1959, at the Surf Ballroom in Clear Lake, Iowa, Buddy Holly, Ritchie Valens, and the Big Bopper played their final show. Admission was $1.25.

The last song of the night was the Big Bopper's "Chantilly Lace." Sadly, it would be their last show.

The event later became known as "The Day the Music Died", after singer-songwriter Don McLean referred to it as such in his 1971 song "American Pie".

Historical Events by Day For The Month of February : 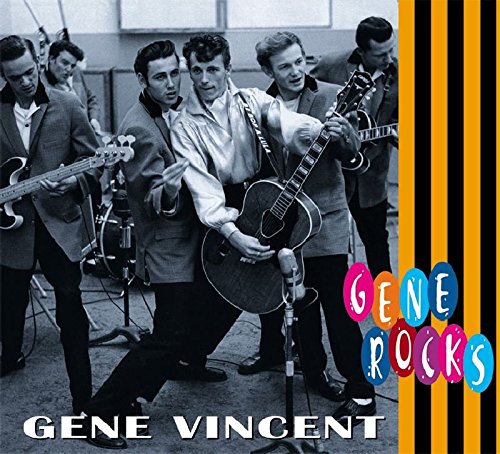 Born February 11, 1935, Gene Vincent and his backing band the Blue Caps, was a major influence on rockabilly and its descendants. These boys were way ahead of the curve. Drums and electric bass; long hair, screaming-serious talent.

Recorded in Nashville on May 4th, 1956, "Woman Love" was actually the a-side to Be-Bob-a-Lula. "Suggestive" lyrics caused DJs to flip it over, not realizing they were now promoting a song originally written about a stripper in Portsmouth, VA.

Gene Vincent was a lot more than Be-Bop-A-Lula. His music was unforgettable and widely collected today. By the late Sixties, Gene had fallen victim to changing times, financial mismanagement, and his own worsening addiction to alcohol. In October 1971, a sick Vincent went on a three-day bender that ruptured existing stomach ulcers and he died soon after. He was 36.

A nice treat to celebrate the birthdays of these two music Icons. Watch this video of Ricky Nelson and Fats Domino in a rare performance together singing their original cover song, I'm Walkin'."  This concert was taped in August 1985, just four months before Ricky Nelson's death...Watch it here. (opens in new window)

Then take a trip with the Highwaymen and watch Johnny Cash introduce and sing his famous "Folsom Prison Blues." (opens in new window) 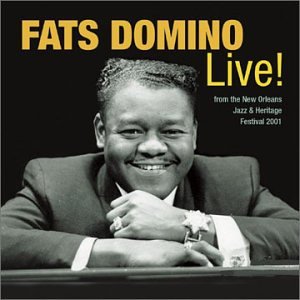 This is the second Album Cover Art from The Stray Cats. Last month I displayed their first, and most successful album release in the US, Stray Cats, Built for Speed. 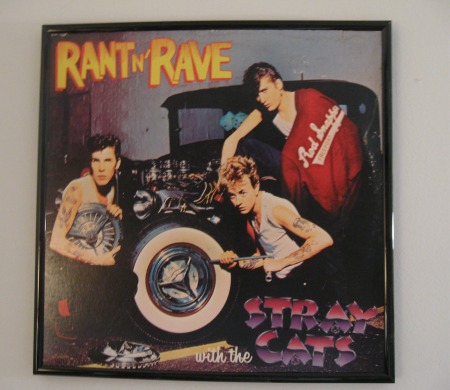 The Year 1974 - The words to "You're No Good" seemed  suitable for a famous "Kidnapping" and while Geraldine screamed "The Devil Made Me Do It"  a song about a "Streaker" managed to "Rock The Boat" at the Academy Awards.  Stay tuned...