I always look forward to the Annual Del Shannon Car Show in downtown Coopersville, MI, the home of Del Shannon. I attended again this year and brought back photo's, one in particular, a '62 chevy the "Beach Boys" sang about in their hot rod hit, "409."

My Album Cover Art of the Month features two albums, one of which I have owned for over half a century. Who keeps stuff that long?  I'll tell ya...guys and gals who can't turn loose of their Vinyl Record Memories...

A second item for "Who Keeps Stuff That Long" is my favorite 45rpm EP cover purchased in 1957. The 7" album has a special history for this rare extended play 45 record.

Cover Songs - Where the first version isn't always the best version...Just my opinion. A dreamy duet you're gonna love.

Remember Vinny Mazetta, the saxophone player I wrote about in my story about the "Five Satins" and the song "In The Still of The Night"? I received a nice email  recently from Tom Sokira,  the co-producer and audio engineer on the song. I'll let you in on what he had to say about my story and the added information he gave me.

A look back at our favorite program for teenagers, a show that began 61 years ago on August 5th, 1957. We thought it would go on forever.

My friend and DJ, Ned Ward has informed that his show will have new hours starting immediately. See ad below for details.

The 1962 Chevy 409 will always be a special favorite of mine. Imagine graduating from high school that year, as I did, and these were the factory equipped muscle cars crusin' the streets of your hometown.

Crank up the radio and you could hear the Beach Boys singing about your 4-speed, dual-quad, posi-traction 409. Life was good cruisin' the local drive-in restaurants on Friday and Saturday nights where guys with ducktails met gals with pony-tails. 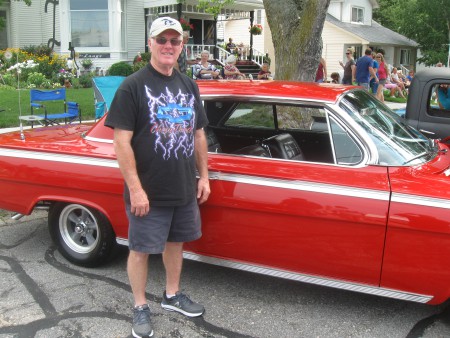 While at the Del Shannon Car Show, held on August 10-11, I stopped to admire this beautiful 1962 Chevy Impala. I asked the owner, Tim Pearcy, about the car and he was kind enough to share some history with me.

He said he purchased the car 35 years ago as an original 409 with the 4-speed, dual-quad option. He removed the engine and installed a 355 in its place but still has the original 409. The detailed chrome engine and factory interior can be seen in the photo's below. 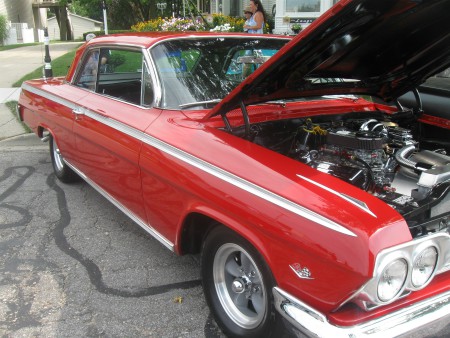 Pontiac, Ford and Mopar all had their fast cars - but the Chevy 409 did one more thing better. It out-sold them all at the dealership, and with the "Beach Boys" screamin' to street racers everywhere, "She's real fine, my 409," the performance development engineers at GM did not sit on their hands.

As new and updated 409 parts and pieces were developed seemingly weekly, the new hot chevy 409 made a statement...409s were not outrun on the street nor the strip. The Beach Boys song "409" is credited for initiating the hot rod music craze of the 1960s. 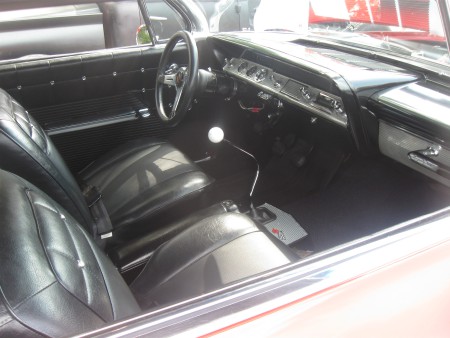 One year ago, August 8th, 2017 Glen Campbell died. He was an amazing talent and I remember hearing "Gentle On My Mind" for the first time and thinking...Wow, what a great song about memories of a lost love.

I purchased the album (below left)  in 1967 because of this one song.  The photo on the right is an album I located at an estate sale in Ohio around 10 years later. It has the "Gold Record Award" seal in the top right and still has the original shrink wrap protecting the album cover. I added the frame to hang on the wall of my hobby room.

Songwriter John Hartford said he wrote the song in about 15 minutes. Campbell heard the song on the radio, fell in love with it and gathered some of his fellow session players from the famous "Wrecking Crew" to come help him record a demo version to pitch to his producer.  James Burton (Elvis & Ricky Nelson lead guitar player) plays electric and acoustic guitar on the record.

The song was originally released in August, 1967 - 51 years ago this month and fifty years to the month that Glen Campbell died. Note: Click on each photo to expand for detailed view. Click again in top right corner and the photo's will expand even larger. 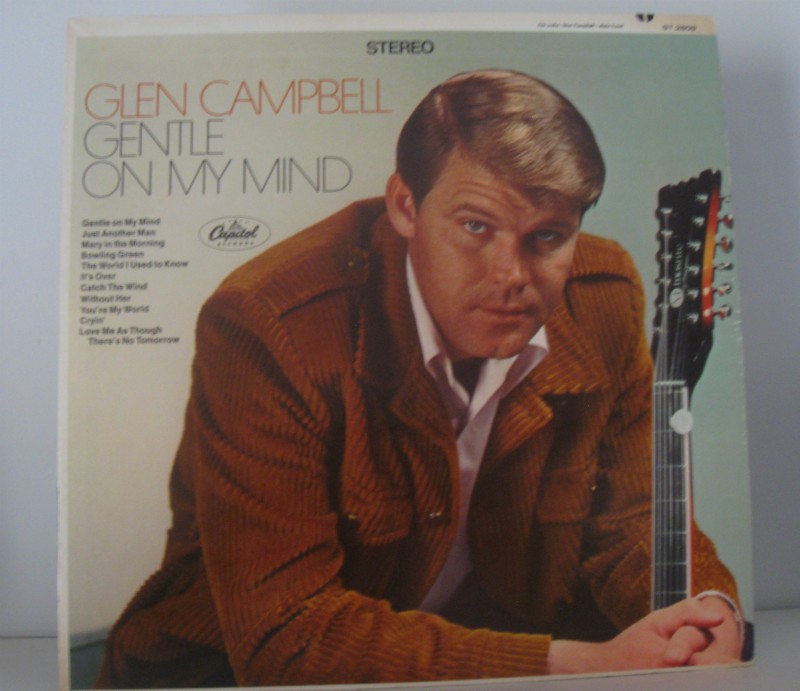 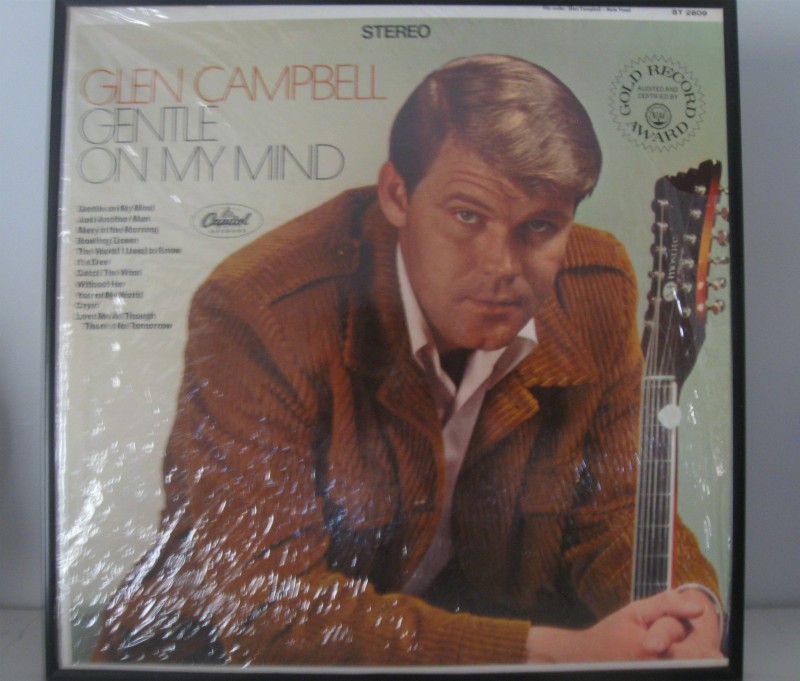 Cover Songs | Are some better than the original?

Since I have already included Glen Campbell in the "Album Cover Art of the Month" category, let's pair him up with Bobby Gentry for this dreamy song from another time, "All I Have to do is Dream."

It's not often we have the pleasure of hearing a cover song outshine the original, but this song sure comes close. Sometimes you can take two wonderful things, blend them together, and chemistry just doesn't perform the way you hoped it would. Occasionally though the result is fabulous...

If you like old country music lyrics or just good harmonies you'll love this arrangement. Read my story, listen to the song, and don't forget the added tid-bits about the song. You'll be surprised at how really popular this song was over fifty years ago and why the original by Don and Phil Everly is still my favorite.
Read more... (opens in new window) 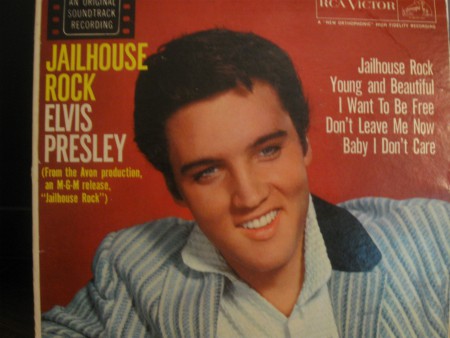 Why is the world still so fascinated by the man who is still known as "The King" 41 years after his death?  What makes the man still so appealing to so many people?

Was it his striking good looks, his charisma, or just his raw talent that could make any woman "All Shook Up?"  Guys wanted to be just like him and the girls just wanted him.

It has become an annual ritual to gather at Graceland on the anniversary of Elvis' death, August 16th, 1977. Many fans cherish the possibility that Elvis might still be rockin' tonight.

In reality, certainly, someone, somewhere, is playing his song at any moment.

I purchased the above Extended Play 45 record new, but I have a confession to make about this particular copy. I lost the original in a move but the 45 record was not in the sleeve at the time.

I found this original in a garage sale several years ago for $7.00 without the record. I offered less because no record was inside. The seller sensed my urgency to buy and would not budge. The original 45 extended play record I have was united with the original sleeve.

I opened an email this past week and was surprised to see the sender was Tom Sokira. I recognized the name as I mentioned him in an article I wrote in 2014 about the "Five Satins" group and the song "In The Still of The Night."

Tom was the audio engineer and co-producer on this song and for several other groups at the time. His message was simple...

I was excited to read his email and immediately shot off another to see if Tom had any additional information I might be able to use for an article update. His return email was thoughtful and kind.

Tom added...."I don't usually contact doo wop article authors as I rarely find much of value in the articles, but your article struck me as sincere, genuine and respectful." I was beyond words how I felt after reading his comment.

Here I was talking to a man that was part of history on one of the most iconic love ballads ever recorded and who many consider it to be the Anthem of Doo-Wop oldies.

Tom forwarded me a 19 page informational report that has some wonderful facts about what went on in the music industry during those times in the fifties.

As he puts it..."Been doing electronics since I was 9 years old and ain't yet figured out how to stop. Still like my music tho."

Some of us reading this may start to believe that life might really begin after 80...And some of us are not that far behind...Thank you Tom for your kind words and the start of another long distance friendship.  Read the Five Satins story here. (opens in new window) 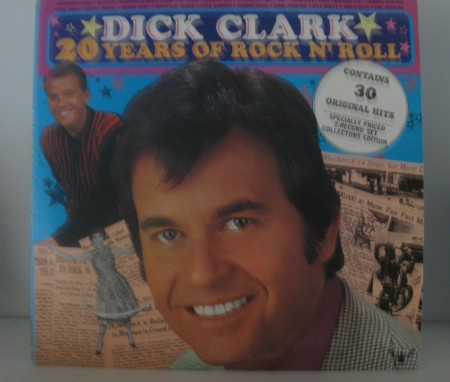 It was 61 years ago on August 5th, 1957 that American Bandstand went National. I still miss growing up with the man we lost on April 18, 2012. The man, Richard Wagstaff was know to every teenager in America as Dick Clark.

He was the King of Daytime TV in the 50s and I will always be thankful growing up in an era when we would run home after school classes to watch Dick Clark surrounded by screaming teens and playing the music we loved..."Rock and Roll."

The Generation that I loved and grew up in has disappeared and one of my music hero’s is gone. I'm still "Lost In The Fifties," but my Vinyl Record Memories allows me to stay in touch with  dedicated newsletter fans, visitors and wonderful old friends who grew up with me in that generation.