Believe it or not, there is history and symbolism behind those innocent-looking fuzzy cubes.  In the 1940s, 50s & 60s, no serious hot rod was complete without a set of fuzzy dice hanging from the rear view mirror. 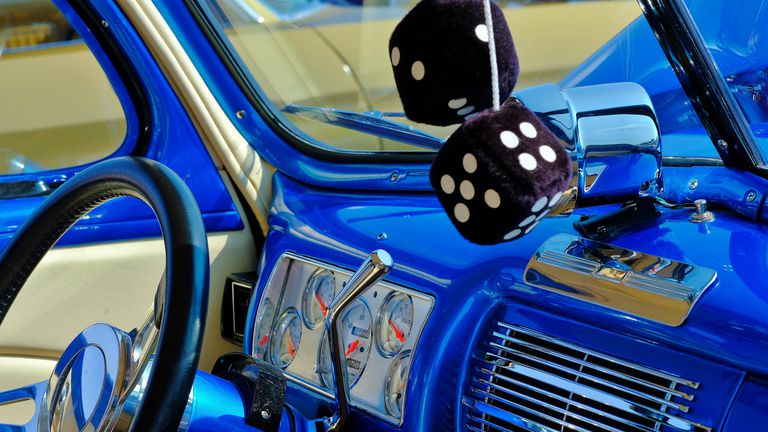 The "Fuzzy Dice" craze began during World War II when pilots would place dice on their instrument panel with sevens showing to bring them good luck on their missions.  Another, perhaps grimmer variant on the story is that the dice on the panel were a reminder that every flight was a figurative "roll of the dice" as to whether the plane would return safely to base.

Young returning servicemen with money to burn and suped-up older cars would participate in illegal street races, replacing the adrenaline rush many missed from their days in combat. As a reminder of those days, some would place plastic dice from the rear view mirrors of the cars. Nobody knows which street racer hung the first pair of plastic dice over his rear view mirror, invoking the old pilots' superstition. Every flight was a gamble and only the lucky winners got to go home.

However, the cheesy plastic often melted in the sunlight, and were eventually replaced with flocked material...and so the Lucky Fuzzy Dice was born with the birth of the American hot-rod culture.  Hanging dice on the rear view mirror meant the driver  was ready and willing to be "Dicing with Death" in the dangerous and unregulated world of street racing.

Fuzzy Dice became part of a look that identified the alternative culture, like a pack of Lucky Strikes rolled up in a t-shirt. It was this "Dicing with Death" and play on words that inspired the creation of the dashboard dice. As times changed and racing became an organized sport, the "so cool" dice remained part of the custom car culture deep into the 1970s.

Just like my vinyl record memories, a newer generation is discovering retro fads and fashions, and symbols like fuzzy dice are coming back into style. Check out some of those Saturday night parking lots in your area, featuring tricked-out customs and cool "dudes" talking about the way it was.

They're no longer symbols of rebellion and recklessness, but of nostalgia.

The '70s decade continues with some notable sounds and events from the year 1975.

The first half of the decade may have been hopelessly devoted to the notion of having a nice day, but a new fad was descending as the giant mirror ball began spinning and the Disco era was born.

The dance craze "The Hustle" was fueled by a massive hit single that catapulted dance culture into Middle America.  Everyone wanted to do the dance, and disco lessons became more popular than baseball.

The masses began putting on their boogie shoes and going out to shake their groove things on the weekend.  They would continue doing so as the craze grew until it touched every corner of civilization.

Even the nearly dead roller-skating industry had a revival as some brilliant souls convinced Disco-maniacs to go mobile and participate in splinter-fad "roller-boggie," giving new life to the decaying rinks around the country, which hadn't seen business in years.

What is Album Cover Art?
by Randy McNutt 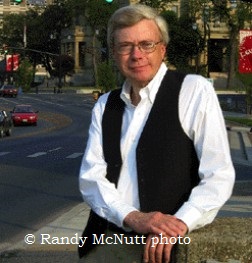 When the compact disc arrived in the 1980s and production of LPs declined, many people lamented the disappearance of album-cover-art.

Some artists have compared it to that of colorful old film posters. It's back now, to a lesser degree of distribution. Because of the twelve-by-twelve-inch format, artists could work more freely than on the smaller-format CD inserts.

In its heyday in the 1970s, album cover art became the second most important question that record companies debated (the music being the other).

More recognizable examples include The Beatles' Yesterday...And Today, which featured the famous butcher cover, pulled by the label because of its offensiveness; the Abraxas cover for Santana; and The Bee Gees' red felt cover for the original Odessa.

Now that albums are coming back into record shops, album cover art is back in style. Article from Randy's exciting new book, Spinning the Groove. 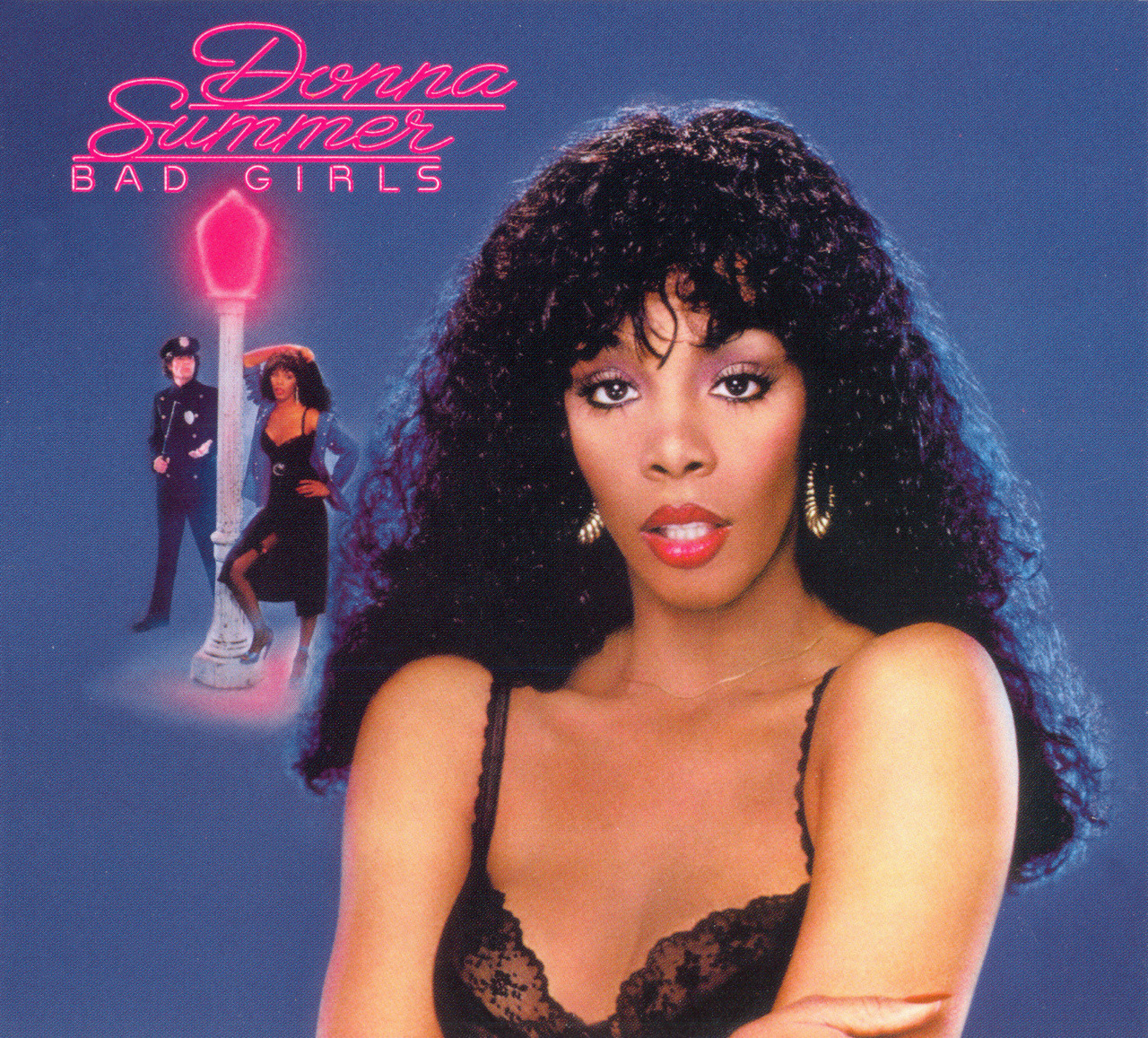 The album's driving title track and equally hot numbers like "Hot Stuff" and "Dim All the Lights" became massive hits, sailing to, respectively, No. 1, No. 1, and No. 2 on the pop singles chart.

Summer managed irresistible melodic hooks into innovative arrangements that blended dance-pop grace with guitar-rock muscle, and the resulting tunes were as popular with roller-skating suburban kids as they were with the sophisticated club crowd.

Bad Girls was proof that a personality as vibrant as Summer's could flourish in a Disco world she surely owned. The album's impact on dance music could not, and cannot, be overstated.
Click on photos to enlarge and see 4 arrows in top right corner of enlarged photo. Click again for larger image. Photo on left is back cover of album and photo on right is inside of this gatefold double album. 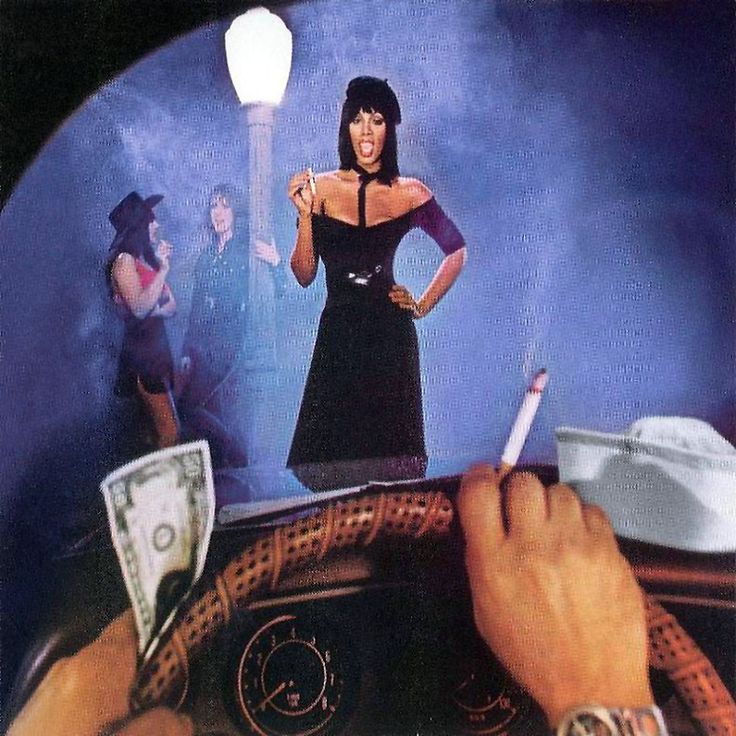 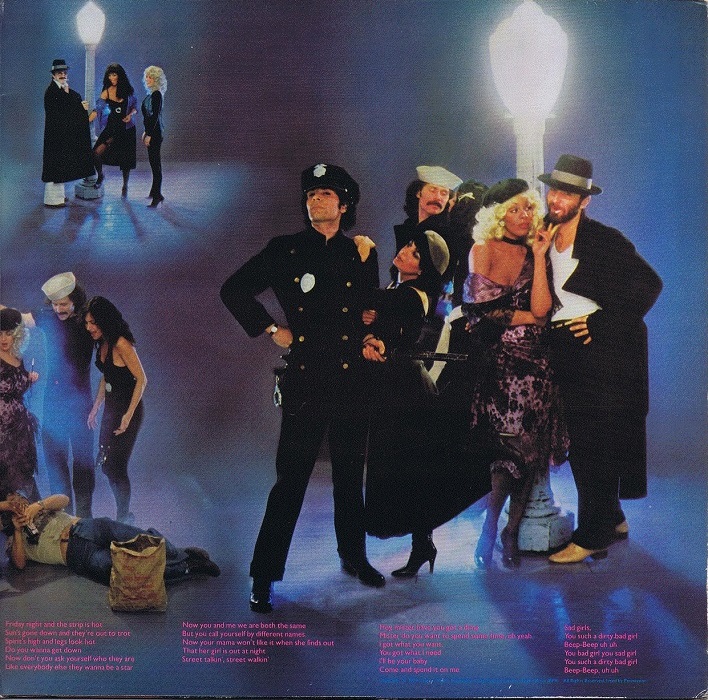 Better Record Series - Part 3
A Good Record Is An Education. 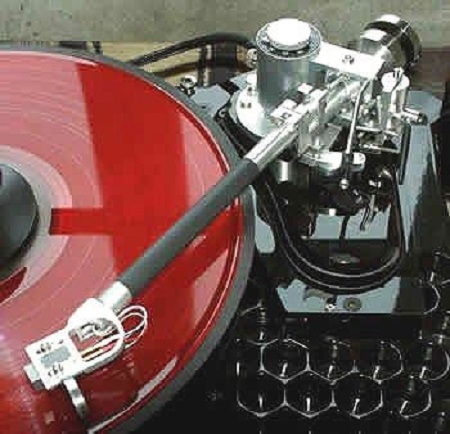 Tom Port sells high dollar vinyl records. The November, 2018 newsletter entry and the December follow-up will bring you up to date with Parts 1 and 2 if you have recently signed up for our newsletter and want to catch up.

This part 3 in the Better-Records series centers on Tom's equipment and what his hobby is all about --  hearing music sound better than you ever thought it could.

The amp Tom uses as the hub of his Shootout machine is pretty ordinary by the standards of your typical tube-loving, power-junkie audiophile: a 70s Japanese intergrated transistor amp rated at a puny 30 watts per channel. "I use a low-power, solid state amp because it doesn't color the music," he explains. "Tubes make everything sound warm and add distortion. That can sound nice, but I need accuracy."

However, Tom's other components are much more upscale. The Legacy Focus speakers have been paired with Townshend Super Tweeters, for example, and the turntable sports a Tri-Planar Precision Tonearm and a Dynavector 17D3 cartridge as shown below. 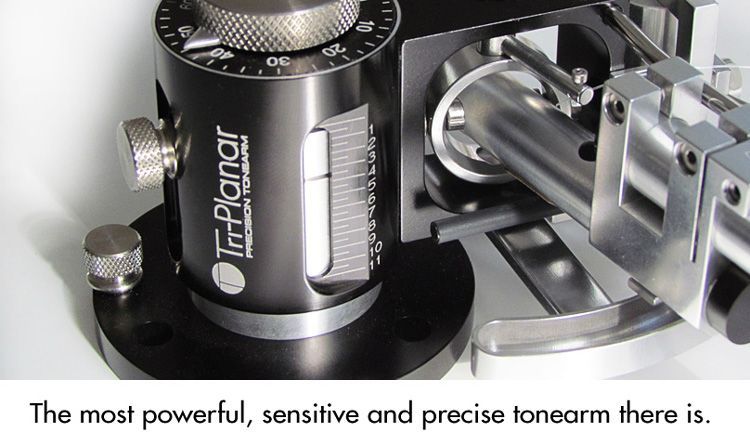 Everything has been carefully selected for sonic neutrality. This isn't about emphasizing mega-bass or shimmering highs.

The goal is flat frequency response, getting as close as possible to the sound on the original master tape, and using this tonearm gives you a feel of surgical precision and preciseness that really gives you confidence that you will have near-perfect playback every time it's used.  The price for Port's shootout rig is in the neighborhood of $35,000.

A good record is an education for us too.

Tom explains; this is not only how we've managed to learn about the pressing in question; it's the same process that allows us to make improvements in the sound of the stereo.

It's learning how to identify what is right and what is wrong with the sound of any pressing -- the same process that helps us recognize whether any change to the stereo makes it sound better or worse, and to try and figure out by how much and in what way.

And the best part is, like the practice of any skill, the more you do it, the better you get at it. We do it all day, every day. Not because we're noble or dedicated. We do it because we enjoy it. It's fun. It's the most fun part of this job. Discovering great sounding recordings is a THRILL. It's what this hobby is all about -- hearing music sound better than you ever thought it could. Read more at Better-Records.

Next up in the Better Records Series:

Been working on The Buddy Holly Story, one of my favorite movies from 1978. Hope to finish it during May.  Two great scenes, the roller-rink scene and Buddy at the Apollo Theater. Great music.