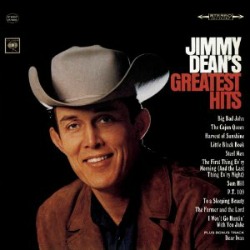 The Jimmy Dean Lyrics to Big Bad John was written by Dean and carries a distinctive sound that was used in place of the original piano arrangement.

After a chart drought lasting four years, he returned with a bang in late 1961 with the smash "Big Bad John" that soared to # 1 Adult Contemporary, where it stayed for ten weeks, # 1 Billboard Pop Hot 100 for five weeks, and # 1 Country for two weeks.

The Jimmy Dean Lyrics paints a vivid picture of the story.

For anyone that loves the old "story" type songs, there is none better than these Jimmy Dean old country music lyrics. 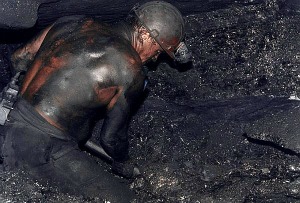 The song was inspired by the Actor John Minto, who was 6'5".

Jimmy Dean met him in the Destry Rides Again Summer Stock Play, and referred to as “Big John.”

The man behind the unique and distinctive sound.

With Cramer supplying the idea for using a hammer and piece of steel instead of the piano, “Big Bad John” carries a unique and distinctive sound that helped make the song a hit.

Why two different endings to the song?

Jimmy Dean’s other claim to fame was his brand of sausages and his Jimmy Dean Sausage Company he co-founded with his brother Don in 1969, which later became a part of the Hillshire Brands products.

Against my doctor's advise I still enjoy my Jimmy Dean sausage:-)

Please enjoy the Jimmy Dean lyrics and video and continue reading below.

Whenever I hear this classic old song I stop for a moment and think about my old friend Johnny Wells.  I drift back to September 1961, the beginning of our senior year in high school in Hamilton, Ohio.

Old JW (as he is know today) loved this song, as I did.

A few years back two old high school buddies connected via phone and have kept in touch every since.

At least for now we both remember:-)

Memories sometimes fade but never disappear when you have friends like Old JW to keep you on track with fond memories from the past.

Many of you may have friends from your old neighborhood you have not seen or heard from for years.

Poetry in Motion is a song written about our most popular American pastime, girl watching. A fun "Soda Shop" song that would send Johnny Tillotson to fame and fortune.Read more.

Greatest Hits! Visit the Jimmy Dean Amazon Store...See all albums in one location.

What a treat, watching Lorrie Morgan and The Beach Boys sing together. A country voice with a sexy tone covering an old Beach Boys song hit the spot. Watch the "Don't Worry Baby" video here.

Cruise on over  to the Doo Wop page and listen to those wonderful street corner sounds from the 50s & 60s.  Read more.

Listen to the original 45rpm recording of "The Locomotion" and watch the best dance version ever!  Read more.

Over the Mountain was originally a #8 hit in 1957 for "Johnnie & Joe," and was a cover for Bobby Vinton in 1963. What other cover song did Bobby Vinton take to #1 the same year? Read more.